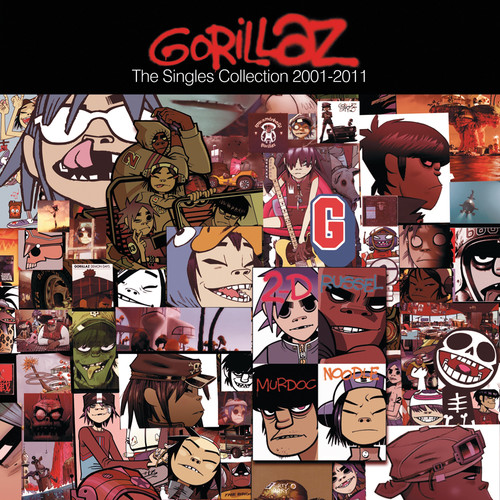 Deluxe CD/DVD edition includes bonus DVD. 2011 collection from musical renaissance man Damon Albarn (Blur) and his cast of 'Rillaz. The Singles Collection: 2001-2011 celebrates 10 years of audio/visual innovation and three studio albums from the most successful virtual band in the world... ever. In 10 years, Gorillaz didn't just top charts around the world, hit #1 in more than a dozen countries and garner sales in excess of 13 million, they received influential awards and recognition that represented the band's significance beyond their music. Alongside a Grammy and an Ivor Novello, Gorillaz were nominated for four CAD awards and took home the coveted Webby Award for Artist of the Year 2006, plus the Jim Henson Award for Creativity. In 2006 Jamie Hewlett was awarded Designer of the Year for his work on Gorillaz; four years later the band graced the cover of tech bible WIRED magazine.