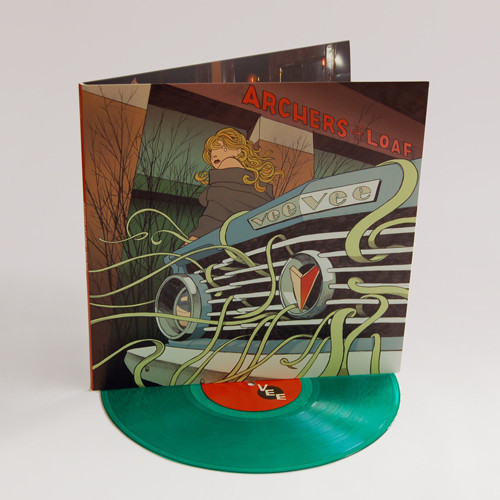 Vee Vee
Artist: Archers Of Loaf
Format: Vinyl
New: IN PRINT AND ORDER-ABLE - NOT IN STORE, call or email $21.99
Wish

Vinyl LP pressing. Digitally remastered edition of this 1995 album. Vee Vee was a slight departure from the bombastic Noisepop that characterized Archers of Loaf's previous work, and the album's success proved that the band wasn't just a flash in the pan. The album became their best-selling album to date and landed them on the covers of national publications and at the top of college radio charts across the country. "Harnessed in Slums" and "Greatest of All Time" became anthems of the underground and led to successful tours with the Flaming Lips and Weezer and international tours of Europe and Australia.