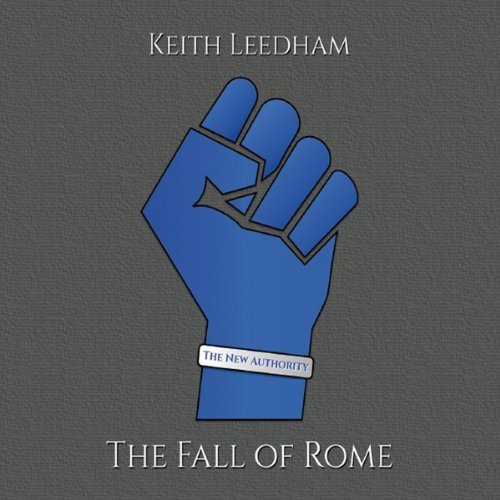 "The Fall of Rome" is a five song concept EP that follows the thoughts and actions of John, a radio talk show host and citizen of a society at a crossroads. It chronicles John's fight against a prevailing tide of collectivism championed by The New Authority. John tries to explain to his listeners the dangers of what The New Authority is doing through historical examples. "Prelude To A Fall" - John sees the coming storm and fears the fall of the society in which he lives. He can almost sense the gradual chipping away of the system around him. He takes to the airwaves to tell a cautionary tale. "Enough" - There is a public conflict between John and an official of The New Authority. At first John simply keeps his thoughts to himself and let's the New Authority Official have his say, but he finally can not put up with what he knows is a dangerous direction The Authority wants to take. He speaks his mind and is dismissed by The New Authority as a selfish malcontent. He decides to use his radio show to try and stop The New Authority. "The Weight of The World" - John then tries to convince business leaders and other productive members of society that it's not too late to stand up to The New Authority's idealogical direction.   "Confiscate" - As The New Authority takes more and more control from the people, John reluctantly sees everything he feared and warned against coming to fruition. As The New Authority confiscates more and more from those who produce, the collapse begins, and John's radio show is forced off the air. "The Fall of Rome" - As the economy fails and society collapses, John takes account of the aftermath of the fall and mourns the loss of what once was.