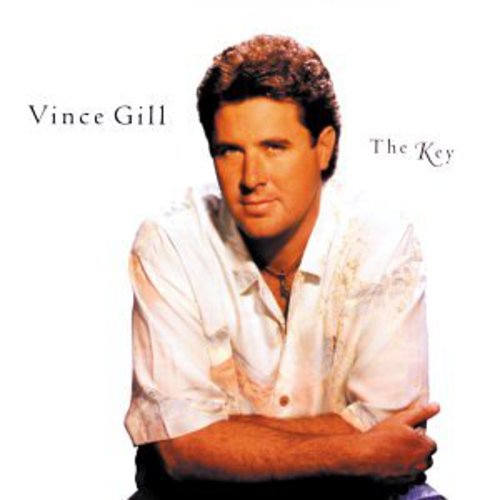 Probably the most beloved star in contemporary country, Vince is the most honored (his previous album earned him his 9th, 10th and 11th Grammys - he owns more of music's highest accolades than any singer in Nashville history). with the Key (featuring guest vocalists Patty Loveless, Faith Hill and Alison Krauss among others), the singer, multi-instrumentalist and songwriter delivers a set that is "country from top to bottom." 1st single/video: "If You Ever Have Forever in Mind."

''The Key'' was the first full-length studio album from Florida, USA progressive death metal band, Nocturnus. It was released on Earache Records in 1990 and was followed by ''Thresholds'' two years later.

The Key, Nocturnus's debut, is actually a concept album centered around an Occult (the influence of drummer/vocalist Mike Browning) meets sci-fi (influenced by guitarist Mike Davis) theme. The story of the album follows a cyborg who goes back in time to the year 0 B.C. which eventually leads to the destruction of Christianity (highlighted by the controversial track "Destroying The Manger") and the creation of a modern empire. This is somewhat bizarre, but original; in addition to being musically true to Metal, the concept of this album stood out in the extreme metal community.

In addition to their bizarre lyrical content the band employed the use of keyboards which was virtually unheard of at the time in the broader genre of thrash metal which prided itself in using "real" instruments. The keyboards were generally used for song intros and more atmospheric purposes however, and like in most "true" metal the music was highlighted by the heavy guitar and drums.