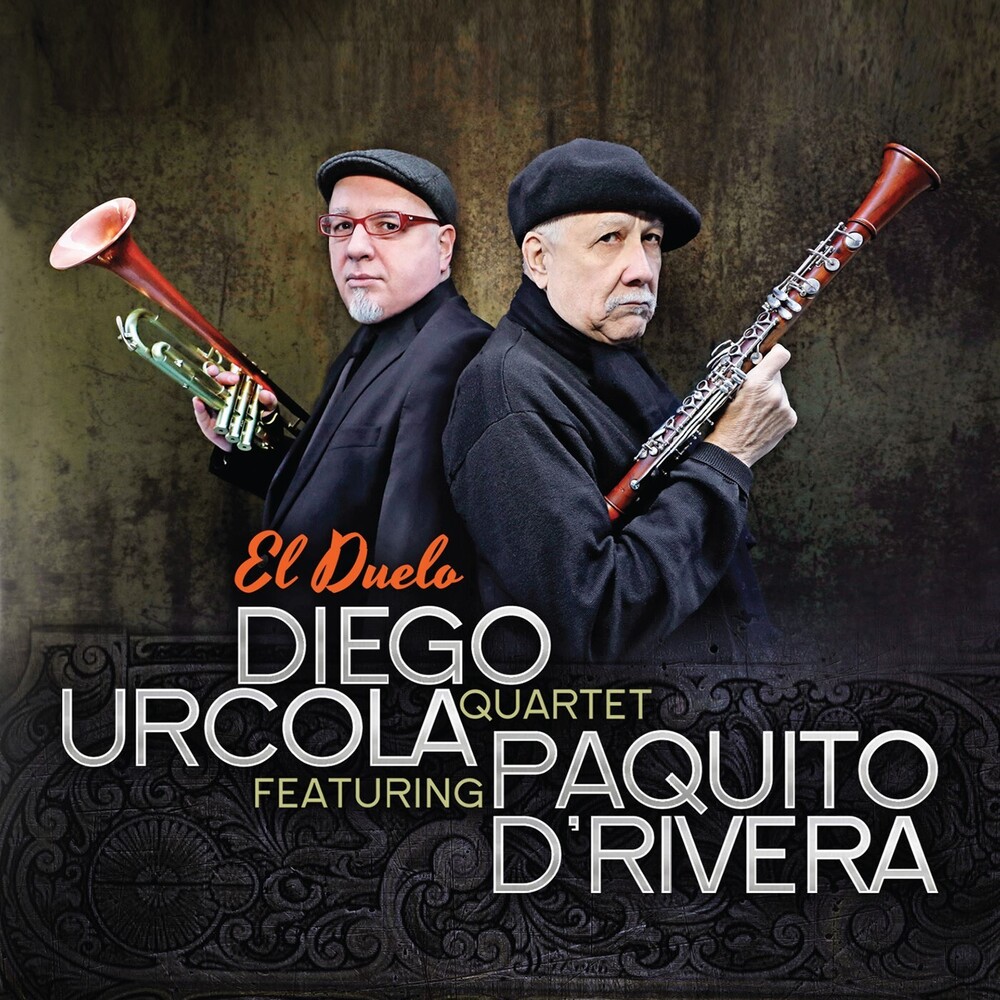 Trumpeter Diego Urcola has proven to be a player of incredible range and dexterity throughout his career, a large part of it playing alongside Paquito D'Rivera in the legendary saxophonist/clarinetist's various eclectic projects. On Urcola's new recording, El Duelo, the trumpeter recruits D'Rivera to join him in a very rare, and exposed, playing scenario, the piano-less quartet. // Originally from Buenos Aires, Argentina, Urcola has been a part of the New York City jazz scene since the 1990s. His work with D'Rivera, Guillermo Klein y Los Guachos, Enrico Pieranunzi, and as a leader has been celebrated by many, even garnering him a Grammy nomination for his album, Soundances. // It was during a regular visit to Uruguay's Punta Del Este Jazz Festival that Urcola was asked to present a musical tribute to the revered Gerry Mulligan Quartet that featured Chet Baker. During the quartet's performance, Urcola invited D'Rivera to the stage, and the idea of recording in a piano-less quartet was cemented by the resounding performance.