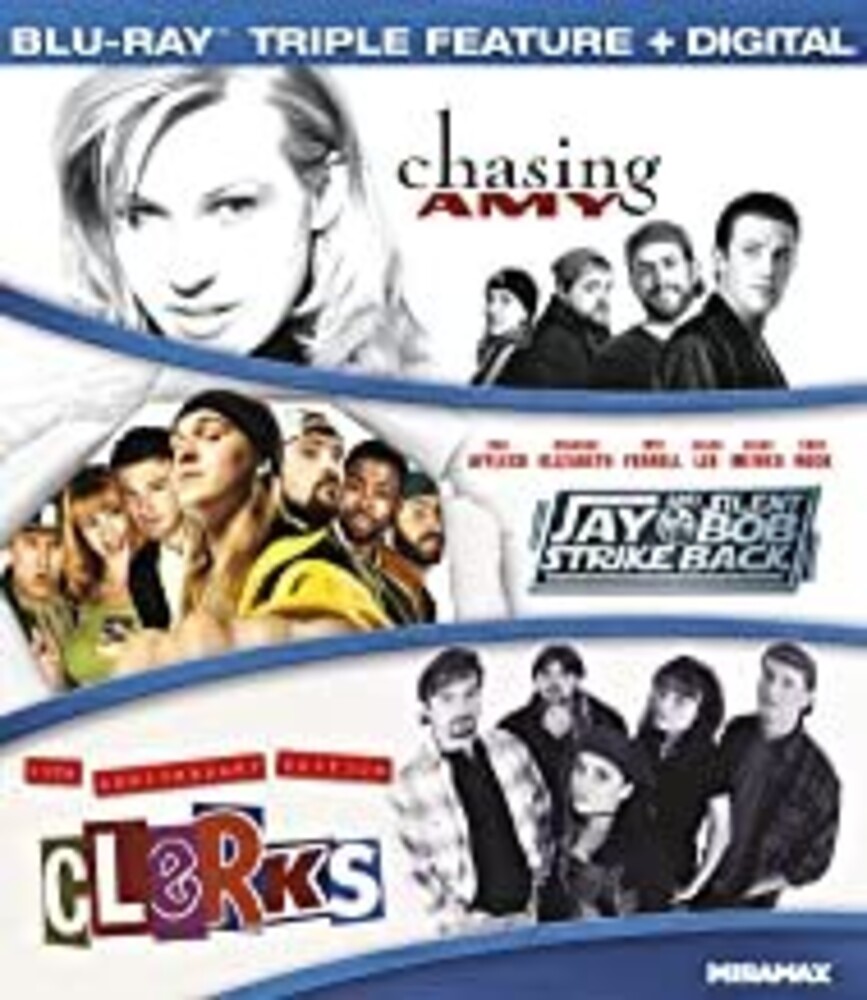 CHASING AMY: Cult comic-book artist Holden falls head-over-heals with fellow artist Alyssa, but for that love to live, he'll need to contend with her disapproving best friend Banky, her sexuality, and his own misgivings about himself. From award-winning writer/director Kevin Smith, CHASING AMY offers a thoughtful, funny look at how perceptions alter lives, and how obsession and self-doubt skew reality. CLERKS: The legendary indie film that launched the career of Kevin Smith and won over both critics and audiences with it's raw energy, outrageous comedy and a hip soundtrack. Taking place over one wild day in the life of a pair of overworked counter jockeys, CLERKS features razor-sharp wit and provides a nonstop parade of unpredictable shoppers, including the debut of pop-culture icons Jay and Silent Bob. JAY AND SILENT BOB STRIKE BACK: When best buddies Jay and Silent Bob discover that a major motion picture is being based on their likenesses, the dopey duo head for Hollywood to claim the movie money the deserve. Packed with stars, including Ben Affleck, Chris Rock, Jason Lee, and more!