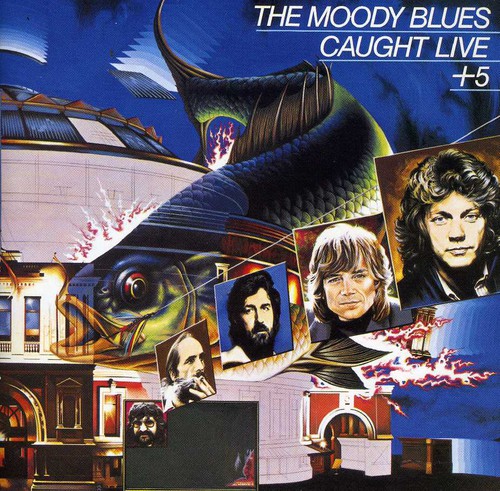 ''Caught Live + 5'' is a 1977 Moody Blues double album consisting of a December 12, 1969 live show at the Royal Albert Hall and five previously unreleased studio recordings from the same time period. It is the only live album recording by the band from their classic era, although Mike Pinder's estate has released ''The Lost Performance: Paris 1970'' as a DVD in 2004.

The band have expressed their dissatisfaction with their performance that night, citing drug use that impaired their abilities, and as such, the release was desired more by London and Decca Records to promote what would become their reunion album ''Octave'' than by the band themselves. Nevertheless, the concert showcases the band's versatility on different instruments, and their ability to perform complex material from their first four albums in a live setting. Given that, the entire set is flawed by an out-of-tune mellotron and very ragged harmony singing. "Gypsy" is the only representative of the contemporary album ''To Our Children's Children's Children''.

The 8-track tape version of this album has the distinction of being one of the few 8-tracks that is arranged exactly like the album, with no song breaks.

While ''Caught Live + 5'' managed to reach #26 during its U.S. chart run, it missed the UK listings completely, the first time an anomaly such as this had occurred for The Moody Blues since their 1965 debut ''The Magnificent Moodies''.

This is the first Moody Blues album since ''Days of Future Passed'' not to feature cover artwork by Philip Travers. London instead utilised British art design group Hipgnosis. - Wikipedia