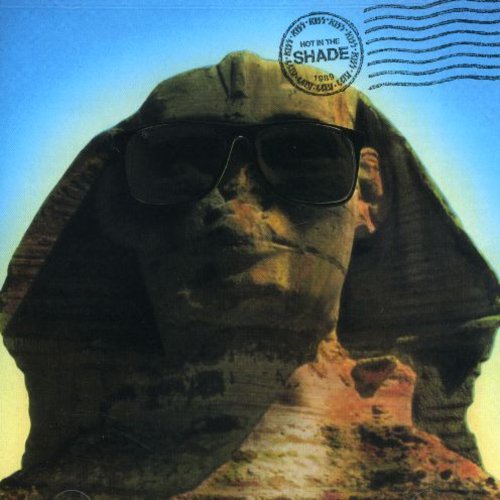 ''Hot in the Shade'' is a Kiss album released in 1989. It was certified Gold on December 20, 1989 by the RIAA. It is the first Kiss studio album since 1981's ''Music from "The Elder"'' to feature three members singing lead on the album. It also marked the last Kiss album with drummer Eric Carr before his death in 1991.

Featuring 15 songs, ''Hot in the Shade'' contains the largest amount of material of any of Kiss's studio albums. Consequently, the album is also one of the band's longest, with a running time of nearly a full hour (58:39).

Gene Simmons and Paul Stanley appeared in Kiss makeup for the first time since their 1983 unmasking in the video for "Rise to It." Although the scene with Gene and Paul in makeup took place in 1975, the costumes they used were historically inaccurate; Gene's was from the ''Unmasked'' (1980) era while Paul's was from ''Love Gun'' (1977).

Tommy Thayer, who co-wrote "Betrayed" and "The Street Giveth And The Street Taketh Away," eventually became Kiss's permanent lead guitarist in 2002, replacing Ace Frehley as "The Spaceman."

Kiss performed the song "Hide Your Heart" on their 1990 Hot in the Shade tour, which followed this album. Stanley would once again perform the song during his 2006-2007 ''Live to Win'' solo tour.

Aside from Kiss's performance of "Hide Your Heart" and the band's performance of "Forever" on ''Kiss Symphony: Alive IV'', the album has been largely ignored on live shows following the reunion of the original lineup in the mid-1990s. - Wikipedia