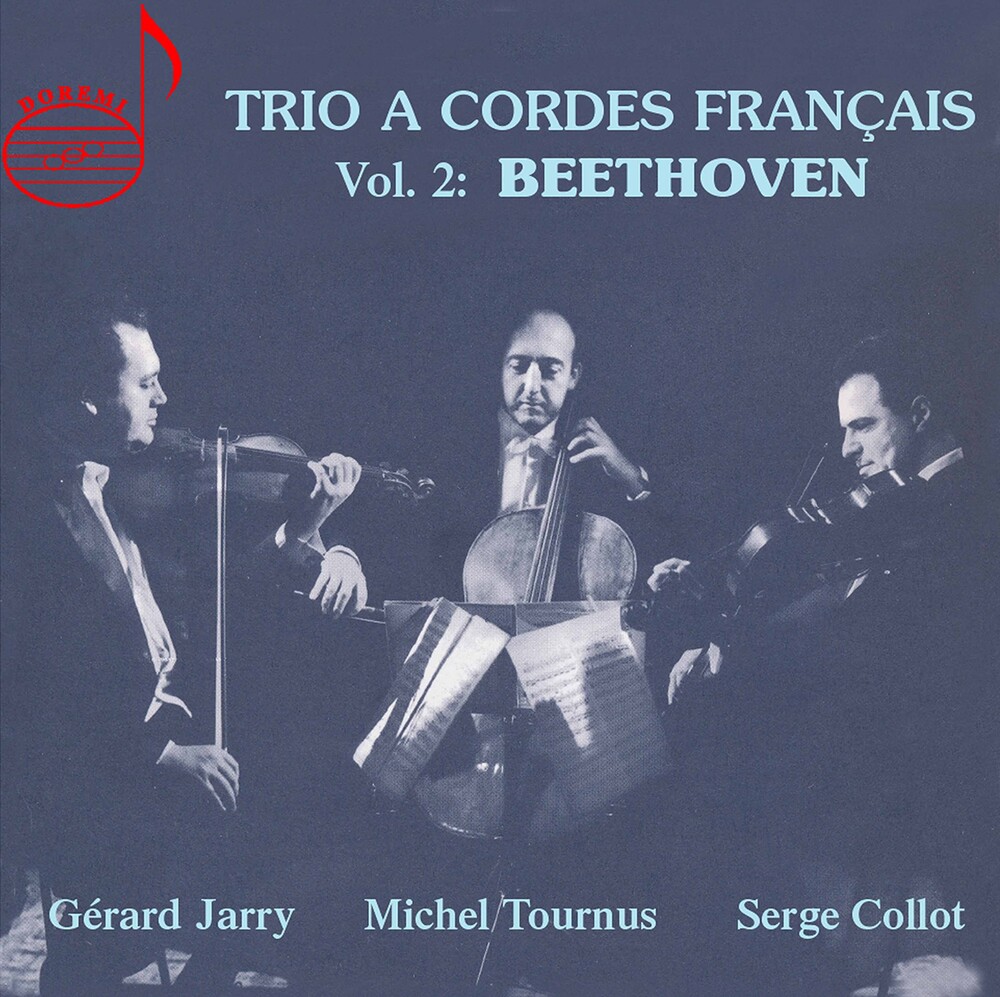 The Trio A Cordes Français was founded in 1959 by violinist Gérard Jarry (1936-2004), violist Serge Collot (1923-2015), and cellist Michel Tournus (1922-2006). In a career lasting over thirty years, they toured the world and made many notable recordings. At the age of fourteen, Gérard Jarry gained a Premier Grand Prix at the 1951 Concours Long-Thibaud. In addition to his many years performing with the Trio, he was concertmaster of the Orchestre de Chambre Jean-François Paillard, and a noted soloist. He was also a professor of violin at the Conservatoire de Paris. Serge Collot studied at the Conservatoire de Paris with Maurice Vieux, graduating with a Premier Prix in 1944, he had a long and distinguished career as a chamber musician. He was particularly influential in encouraging the composition of contemporary works for viola by such composers as Boulez and Berio. Like his colleague Jarry, he was professor of viola at Conservatoire de Paris for many years. Michel Tournus gained Premiers Prix in cello and chamber music from the Conservatoire de Paris. He was also a member of several other chamber ensembles, including the Quatuor Indig and the Octuor de Paris. He was first cello with the Orchestre de l'Opera National de Paris. Active as a teacher at the Conservatoire de Musique de Versailles, and was the author of a cello method. It is inarguable that Jean-Pierre Rampal (1922-2000) is not only one of the most celebrated flute players of all time but among the 20th century's most famous classical musicians. His recorded legacy is vast, comprising solo, orchestral, and chamber performances. Flutist Michel Debost (born 1934), a student of Marcel Moyse, has also won major competitions, and was first flute in the Orchestre de Paris. Replacing Rampal as flute professor at the Conservatoire de Paris, he later taught at Oberlin.