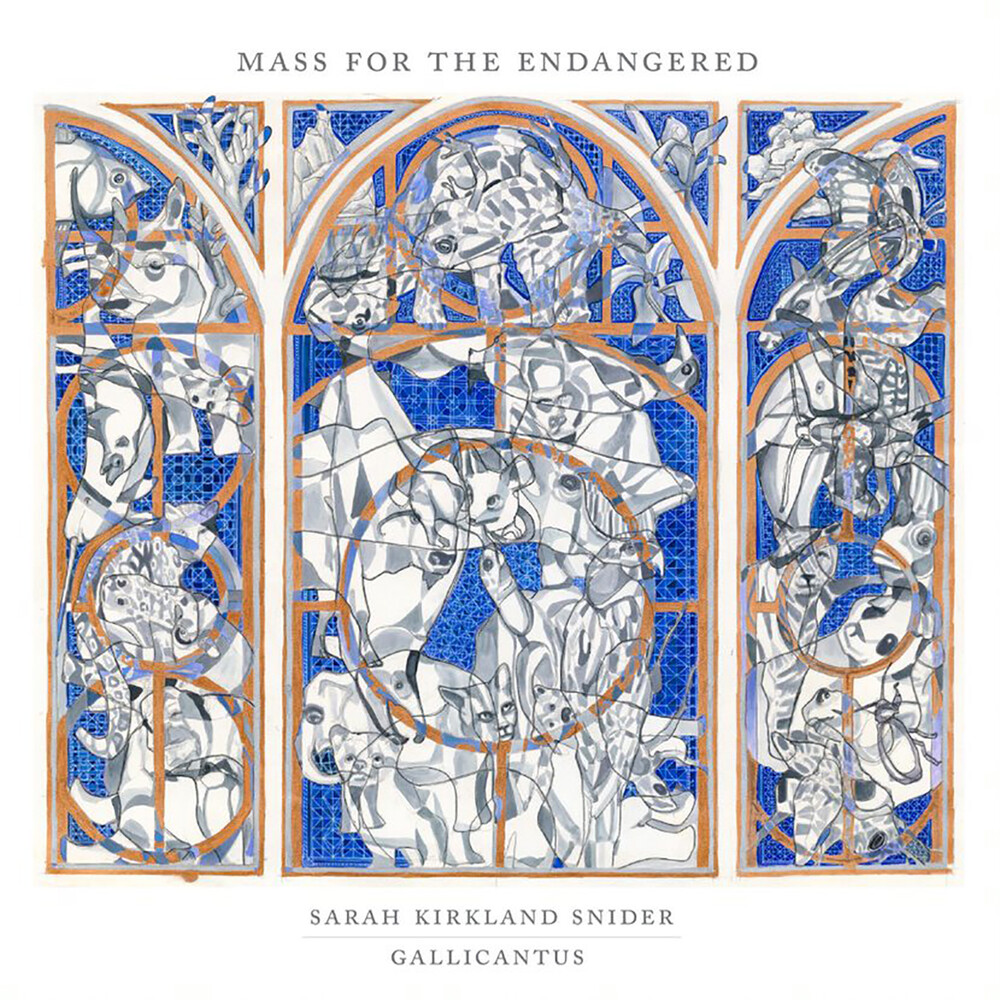 Composer Sarah Kirkland Snider's Mass for the Endangered, will be released on September 25, 2020. Snider's Mass, with a libretto by poet/writer Nathaniel Bellows, is a celebration of, and an elegy for, the natural world-animals, plants, insects, the planet itself-an appeal for greater awareness, urgency, and action. Originally commissioned by Trinity Church Wall Street, this recording features the English vocal ensemble Gallicantus conducted by Gabriel Crouch. The six-movement Mass for the Endangered is a rumination on the concept of the traditional Catholic Mass, it's fidelity enhanced by Snider's interpolation of traditional Latin text for the Gloria, Sanctus/Benedictus, and parts of the Kyrie, Credo, and Agnus Dei. For the album art, Bellows created an illustrated triptych of endangered flora and fauna that evoke medieval Christian altarpieces and stained-glass windows.