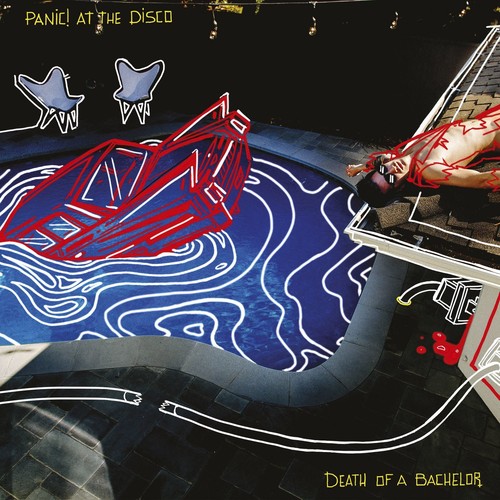 Death of a Bachelor
Artist: Panic! At The Disco
Format: CD
New: IN PRINT AND ORDER-ABLE - NOT IN STORE, call or email $15.99
Wish

Produced by Jake Sinclair (Taylor Swift, Fall Out Boy), DEATH OF A BACHELOR marks the first release from Panic! At The Disco in nearly two years, following 2013's acclaimed TOO WEIRD TO LIVE, TOO RARE TO DIE!. The album has already generated significant steam - current single "Victorious" rocketed to #1 on Billboard + Twitter's Trending 140 chart, while also trending worldwide on Tumblr and Twitter.

The first single off DOAB,"Hallelujah," made chart history for the band with a Top 40 debut onBillboard's "Hot 100" - Panic! At The Disco's second Top 40 hit and first since 2006's breakthrough classic, "I Write Sins, Not Tragedies." The album's title track, "Death of A Bachelor," has been described by Urie as, "It's like some Beyoncé beats with some Sinatra vocals. It's really crazy... [Sinatra's] music has been a major player in the soundtrack of my life. So it's only right that I return the favor and/or pay it forward."