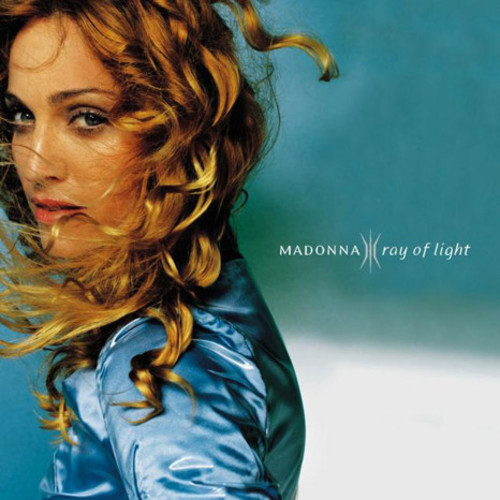 Ray Of Light [Vinyl]
Artist: Madonna
Format: Vinyl
New: IN PRINT AND ORDER-ABLE - NOT IN STORE, call or email $33.99
Wish

Limited double 180gm vinyl LP pressing. Ray of Light is the seventh studio album by Madonna, originally released on February 22, 1998. A departure from her previous work, Ray of Light is an electronica, dance and techno-pop album which incorporates several genres, including ambient, trip hop and house music. Vocally, the album saw Madonna sing with greater breadth and a fuller tone. Mystical themes are also strongly present in both lyrics and music as a result of Madonna embracing Kabbalah, her study of Hinduism and Buddhism, as well as her daily practice of Hatha Yoga. Ray of Light won four Grammy Awards from a total of six nominations. Commercially, the album peaked at #1 in many countries, such as Australia, Canada, Germany, and the United Kingdom. On the US Billboard 200, the album debuted and peaked at #2, with the biggest first week sales by a female artist at the time. Ray of Light has sold more than 16 million copies worldwide.