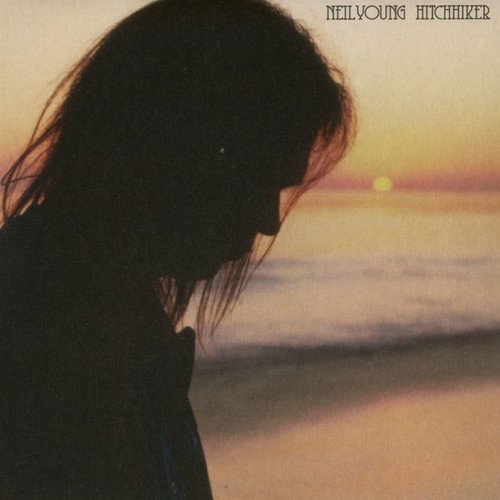 2017 archive release from the iconic singer/songwriter. The songs on Hitchhiker were recorded in a single night with the intent of being released as an album. In his memoir Special Deluxe, Young described the session, "It was a complete piece, although I was pretty stony on it, and you can hear it in my performances... I laid down all the songs in a row, pausing only for weed, beer, or coke. Briggs was in the control room, mixing live on his favorite console." Many of the songs surfaced on Young albums American Stars 'n Bars, Decade, Comes a Time, Rust Never Sleeps, Hawks & Doves, and Le Noise, albeit in different forms. Hitchhiker also contains a pair of never-before-released songs: "Hawaii" and "Give Me Strength," which Young has occasionally performed live.