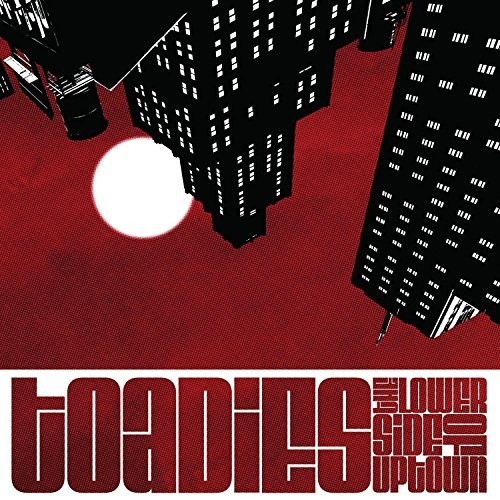 Toadies' seventh studio album The Lower Side Of Uptown serves as a "return to form," for the band according to frontman Vaden Todd Lewis. "This album is roots Toadies, full of riffs and time shifts." The Lower Side Of Uptownis the follow up to 2015's Heretics which saw the band taking a change of pace with a stripped down mostly acoustic sound. When they were preparing to enter the studio this time around there was no set idea for what was to come, but the process ultimately had the band going back to their signature sound. "I feel that subconsciously we thought that this record would have ended up incorporating some of that quieter sound, but that didn't happen. When we got to the studio with nothing more than a pile of riffs, what came out of the band was really loud and heavy music. So not only is this album louder than Heretics, I think it's louder and heavier than the last couple Toadies albums," guitarist Clark Vogeler said of the sessions, which were captured at Arlyn Studio and The Bubble in Austin, TX. Long time collaborators, producer Chris "Frenchie" Smith, along with mixer Rob Schnapf once again joined the band in the studio for the new album. Frenchie produced the last 'loud rock' album from the band: 2012's Play. Rock. Music., and Rob produced Heretics and Feeler, and co-produced Rubberneck and Hell Below/Stars Above. The cover imagery for The Lower Side of Uptown was done by renowned comic artist Michael Lark, the artist of the critically-acclaimed, Eisner-nominated series Lazarus from Image Comics.
back to top