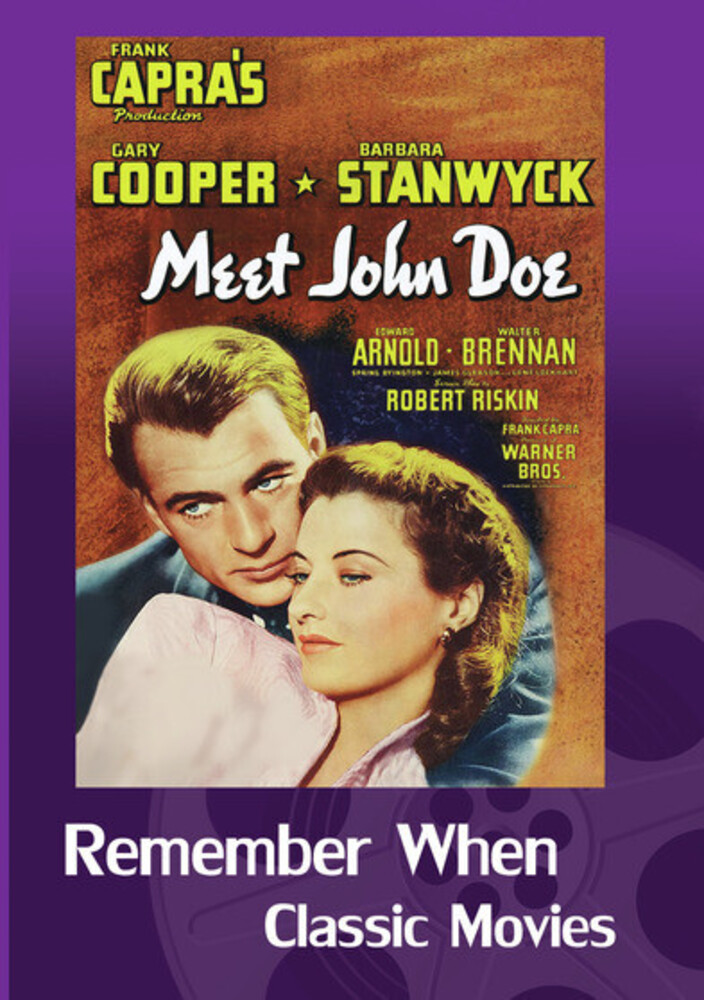 Meet John Doe is a 1941 American comedy-drama directed by Frank Capra and starring Gary Cooper and Barbara Stanwyck. Angry at being laid off from her newspaper job, Ann Mitchell (Barbara Stanwyck) prints a letter from a fictional unemployed 'John Doe' threatening suicide on Christmas Eve. The article causes a sensation among the paper's readers, so Ann is rehired and sets about finding a fictional 'John Doe' among derelicts who show up at the newspaper. Ann chooses a former baseball player and tramp, Gary Cooper, (Long John Willoughby), to play the role of John Doe, while Ann pens a series of articles in Doe's name, elaborating on the original letter's ideas that society has disregard for people in need. The John Doe philosophy spreads across the country, whose slogan becomes 'Be a better neighbor' However, Norton (Edward Arnold), a newspaper publisher uses Doe's popularity to promote himself. At a political rally, Gary Cooper (John Doe) who has come to believe in the 'John Doe' theory is expected to speak at a rally, but Doe learns of Norton's treachery while Norton plans to expose Doe as a 'fake'. Doe is now despondent at letting his followers down and plans to commit suicide by jumping from the roof of the City Hall on Christmas Eve. This is a truly classic movie, nominated for an Academy Award for Best Story, and is ranked as 49 in AFI's best 100 years of movies.