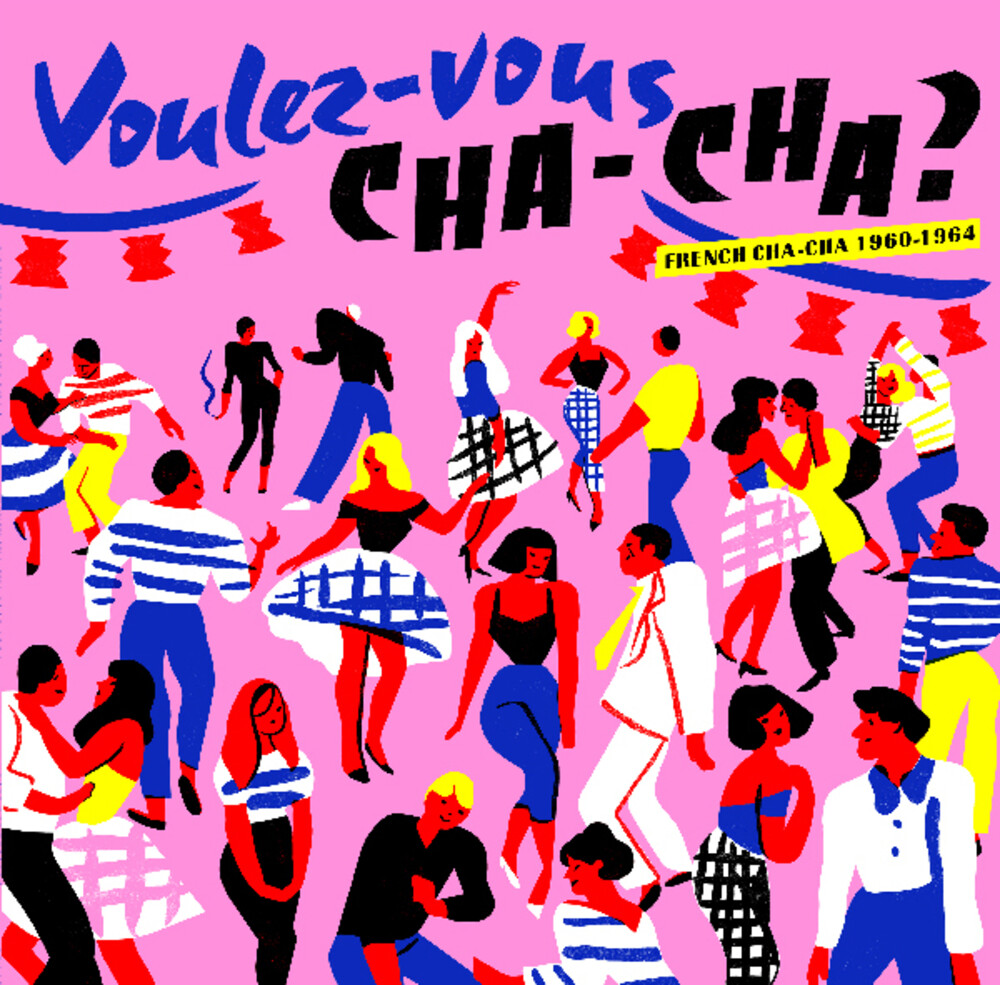 The record starts out with an esoteric organ, a guitar straight out of a Western, a vibey rhythm section, a speeding saxophone, a glamorous voice, a curious keyboard, a slightly panicky tempo. "Please Mr Hitchock!" calls out a voice from the unknown, on an arrangement that's about to lose control. "Eins Zwei Drei", cries out Spartaco Andreoli, creator of the chachacha for tunas, lyrics that are absurd accompanying music that isn't so much so. "C'est bon ça dis donc!" (This is pretty good), suggest the Los Goragueros, at the start of their "Mambo Miam Miam" (Yum Yum). A smooth sax, a double bass that sways, and shattering percussions, this song anonymously written by Alain Goraguer is actually quite tasty. This arranger and pianist, who went on to write the indispensable Planète Sauvage (Wild Planet), is not the only one to have advanced half-masked in these tropical times. Tropical music and France go way back. The influential Brazilian musician Pixinguinha came through in 1922, the charismatic Cuban singer Rita Montaner triumphed a few years later, and the brilliant clarinetist Stellio from Martinique had everyone dancing through the night to the beguine. It's in bars where Don Marino Barreto's orchestra made the heyday of a surreal and carefree Paris. And after the Second World War, it started all over again. Rico's Creole Band was one of the great Creole orchestras to sway all of Paris, the Blomet Ball brought together the Afro-Caribbean communities, L'Escale became an essential dancing ground for lovers of Latin music, the pianist Eddie Warner was one of these pillars. Shortly after, the Los Machucambos, a South American band created in the Latin Quarter performed music between guajira and flamenco and it's song "Pepito" marked the start of the trio's success. Chachacha was officially invented in the early 1950s by Enrique Jorrin, soon followed by the pachanga, becoming a staple of black-and-white films. This Chachacha affair is emblematic of the atypical history of popular music, that of back-alleys, far from the paths and furrows of glory. In terms of Latin music, these records that were patiently found in flea markets are becoming a rarity. These 7-inch vinyl records were recorded at Barclay, Vogue and company - low-consumption products intended to supply the shelves of budding suburban supermarkets. Features Cassius Simon, Spartaco Andreoli, Billy's Sax, Los Albinos, Los Goragueros, Rol Basti, Gillian Hills, Spartaco Sax, Norman Maine, Les Bretelles, Los Chiquitos, Norman Maine, Jack Ary, Henri Salvador & Jean Yanne, Les Gouapes A Musique, Los Cangaceiros, and Les Kili Cats.