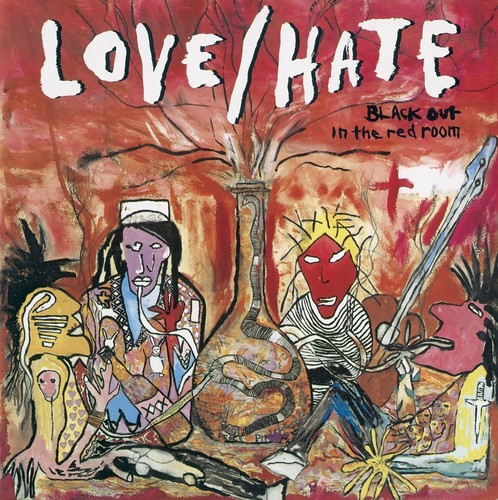 Digitally remastered and expanded edition including three bonus tracks. There's a notable honesty that infuses the music of Love/Hate. Although they were surrounded at the time by the stylized sounds of big hair rock, their music was decidedly left of center, and although their appeal was primarily to a mainstream crowd, they nurtured a style that would outsmart their competition by wide margin. By introducing an element of danger and crafting songs that had unexpected twists and turns, they ploughed a unique path, one that has made their reputation grow over the years. Fronted by wild man of rock Jizzy Pearl, whose twisted vocal is as powerful as it is different, the band courted a similar audience to the cavorting of similar ground breaking street urchins such as Skid Row, the Wildhearts, and Faith No More. This was rough-hewn music, big on monstrous riffs and lashings of guitar work, with Pearl spitting out lyrics that seemed to evoke images of a world in chaos. Issued in early 1990, and produced by veteran studio wizard Tom Werman (Cheap Trick, Ted Nugent, Twisted Sister) the album contained a brace of rapid fire tracks, spearheaded by the anthemic 'Black Out In The Red Room', a considerable turntable hit and a song that set Love/Hate apart from the competition. Indeed, it's execution aligned them to the emerging sound of grunge. Whilst others aligned themselves to dated sounds this album retains a contemporary edge, giving Love/Hate longevity that still sounds fresh to this day.