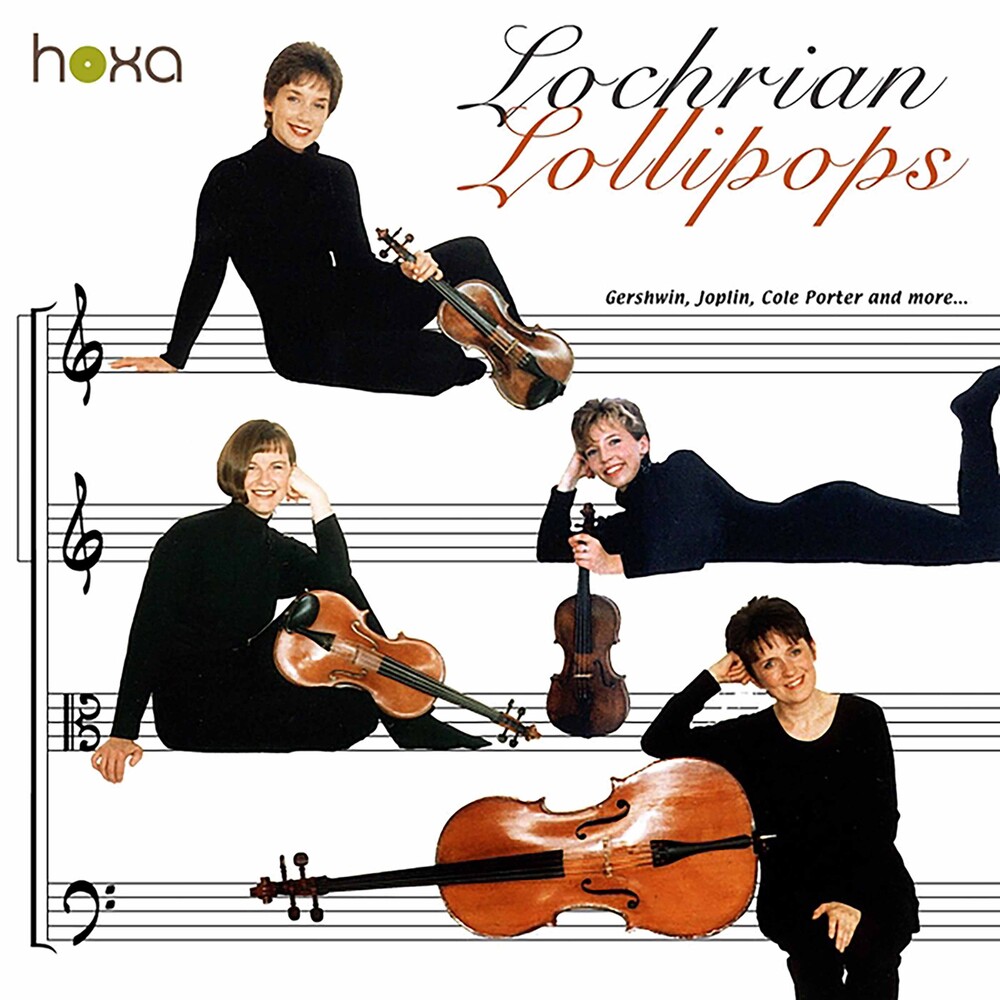 Lochrian Lollipops
Artist: The Lochrian Ensemble
Format: CD
New: IN PRINT AND ORDER-ABLE - NOT IN STORE, call or email $15.99
Wish

You might wonder why an album of light music should be titled "lollipops". As a group, the Lochrian Ensemble have always ended their concerts with a few encore pieces from their lighter repertoire. This has become one of their trademark qualities and their audiences always seem to enjoy a little Joplin or a Gershwin tune after a more serious classical programme. A lollipop, in the musical sense, was a term first used by Sir Thomas Beecham in connection with music played at his concerts. For him, a lollipop was an encore in complete contrast to the dramatic, rousing endings to his programmes. He introduced the lollipop, generally a 'syrupy, soapy, soothing piece', to 'reduce the audience's emotional temperature'. Everyone would then leave the concert hall calm and happy. When they first decided to make an album, they thought putting together a series of their favorite lollipops might make an attractive recording. Each piece featured on this release has been used as an encore by them. Not all, however, are of the soothing nature favored by Sir Thomas. Some, such as Fiddle-Faddle, are fast and furious because, contrary to Sir Thomas, they feel that it does little harm to the audience to leave a concert on an emotional high.