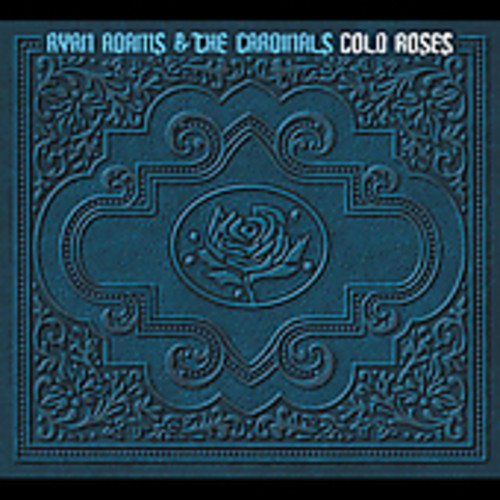 Cold Roses
Artist: Ryan Adams
Format: CD
New: IN STOCK AT OUR STORE Used: Used Items are fully guaranteed to be free from defects, and good as new.
Wish

Ryan Adams has played in some bands and has made some new albums. The Cardinals are his new band.

Although all the tracks can fit on a standard 80-minute disc, it was released as a double album with packaging and CDs designed to make it look like a vinyl LP. The album was also released in a standard 2-disc jewel case. - Wikipedia

Who is Ryan Adams in 2005? He was an alt-country bad-boy on his solo debut, Heartbreaker, an alt-rock breakout and 9/11 soother on Gold, a garage-rock avenger on Rock N Roll, and the boy with the thorn in his side on the Love Is Hell EPs-not to mention movie-star lothario and Internet drama queen throughout, roles which often threaten to overshadow his musical achievements. On Cold Roses, Adams wants to show that it's all about the music by leaving his tousled Billie Joe 'do off the denim blue gatefold cover; it's a good indicator of this year's musical direction-the Grateful Dead's country-rock classic American Beauty (a rose on the outside, dancing bears on the inside).

Diehard fans might appreciate this more consistent return to form. Or they might be bored to death by two discs of mostly indistinguishable material-it's hard to tell which is Sweat and which one is Suit. Adams' new band, the Cardinals, are good players, but he doesn't give them much to work with on these "Box of Rain"-tempo snoozers, and his lyrics have grown even more simpleminded ("What does it mean to be so sad/ When someone you love/ Is supposed to make you happy"). Cold Roses isn't without its charms-"Meadowlake Street" and "Cherry Lane" are very pretty indeed. But like Adams himself, it's decorative and nonfunctional.