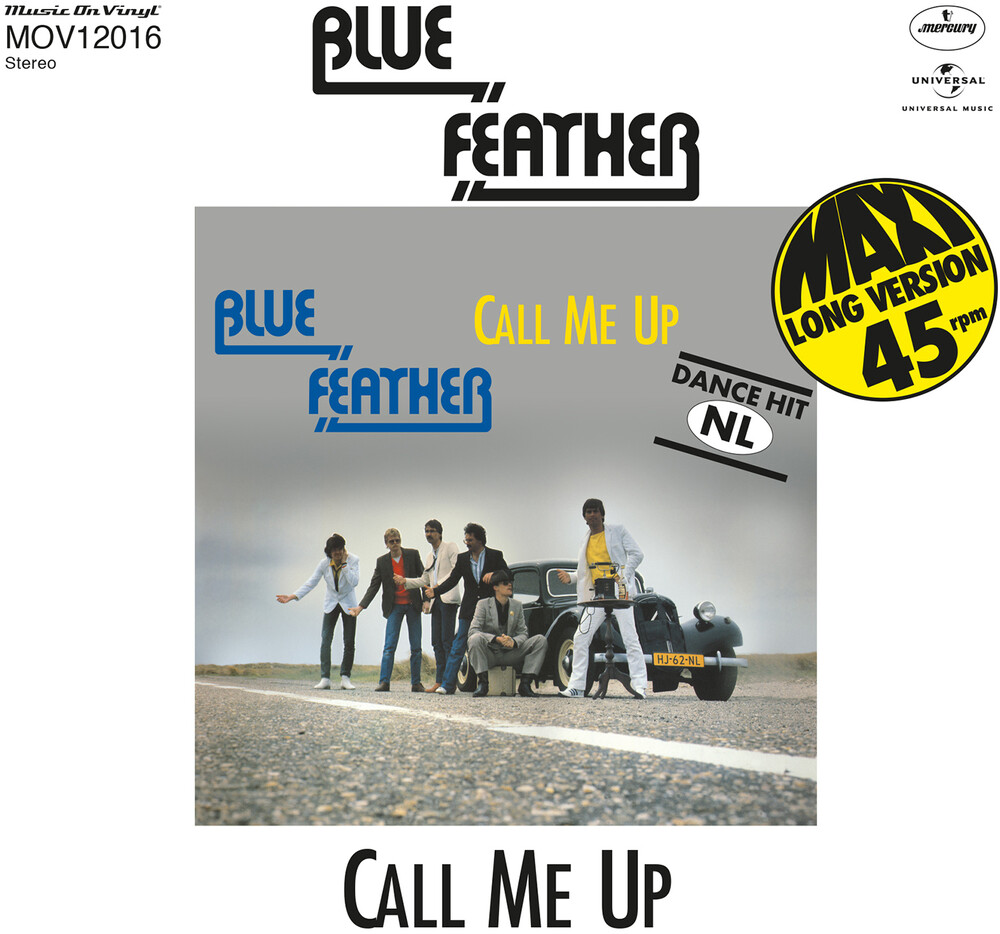 Dutch soul and funk band Blue Feather was founded by brothers Ed and Ronald Brouwer in 1976. Soon new members, Jan Willem Weeda, Dirk Nusink and Rob Hoelen joined and together they developed a mix of quality 80's funk/disco, a unique sound for a Dutch Band. The first single 'It's Love' came out in 1980 but it was the '81 released double a-sided 12-inch with the long versions of 'Call Me Up' and 'Let's Funk Tonight' that success struck. 'Call Me Up' is a light playful vocal song while 'Let's Funk Tonight', a tight funk/disco groove with a long instrumental bass and drum break which became a huge success in France (receiving a French Oscar), Italy, Germany, Holland, Canada and in the UK. Both songs of the 12-inch were played on dancefloors around the world and the songs appeared on numerous compilations. International disco DJ Dimitri From Paris selected 'Let's Funk Tonight' for his Return To The Playboy Mansion CD in 2008. Blue Feather's debut album Feather Funk was released in 1981 and the follow-up Shadows Of The Night in 1985. The double a-sided 12-inch 'Call Me Up Tonight'/'Let's Funk Tonight' by Blue Feather is celebrating it's 40th anniversary. It is packed in a replica artwork disco sleeve and is available as a limited edition of 750 individually numbered copies on transparent blue vinyl.
back to top