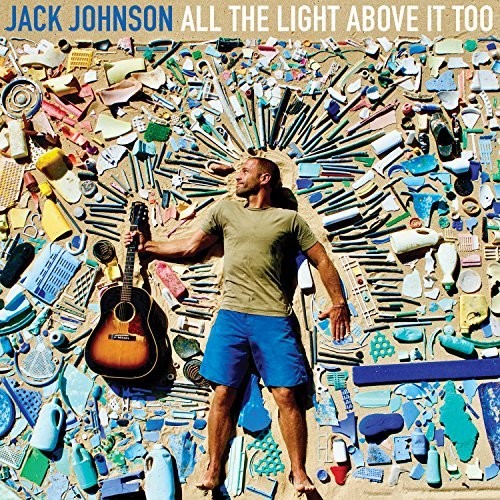 All The Light Above It Too
Artist: Jack Johnson
Format: CD
New: IN PRINT AND ORDER-ABLE - NOT IN STORE, call or email $16.00
Wish

Jack Johnson returns with his 8th album 'All The Light Above It Too' releasing on 9/8. The album is being led by first single 'My Mind Is For Sale' which will be impacting radio this July, followed by a run of North American tour dates. Jack will also embark on a run of dates in the Southeast following album release. The press anticipation on the music is massive with early support from Rolling Stone, NPR, Coastal Living, Surfer, SiriusXM and forthcoming TV bookings around album release.

Jack Johnson - My Mind Is For Sale (Lyric Video)