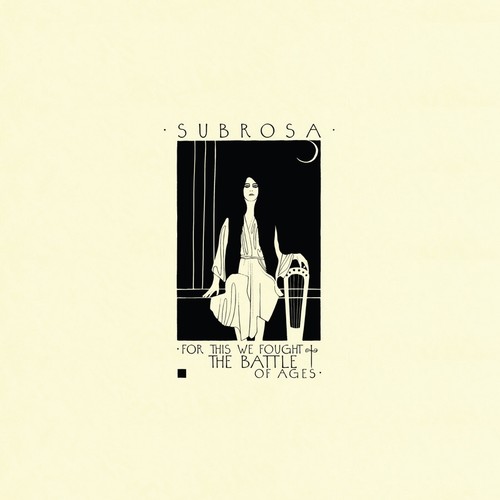 2016 release. Salt Lake City's SubRosa is one of America's most singular and important doom/chamber-metal bands. Their 2013 breakthrough album More Constant Than The Gods garnered the five-piece (including two electric violinists) acclaim from Pitchfork, NPR, Decibel Magazine, Rolling Stone, and Entertainment Weekly, to name just a few. In the wake of that album, they toured with bands such as Boris, Deafheaven, and Cult Of Luna, also playing prominent festivals like Roadburn, Hellfest, Southwest Terror Fest, along with many others. With this album, SubRosa has crafted their most triumphant and biggest release to date. For This We Fought The Battle Of Ages is their masterpiece and establishes them as one of the most important American heavy metal bands today.