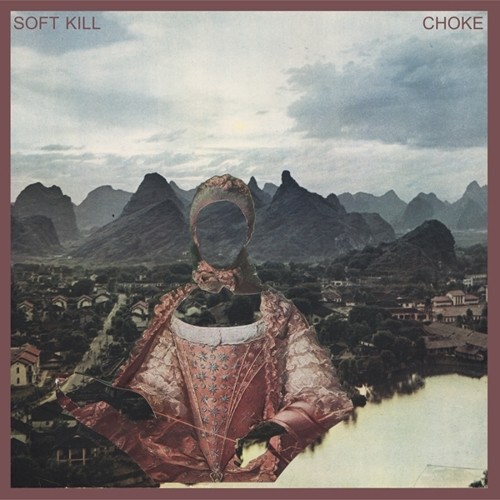 2016 release. Portland's Soft Kill began in 2010 by releasing An Open Door, one of the most highly regarded post-punk albums of the last ten years. Founding member Tobias Sinclair (ex-Blessure Grave) joins Conrad Vollmer (Warm Hands) on guitar, drummer Maximillion Avalon (Chromatics, Antioch Arrow, Get Hustle, Atriarch) and Owen Glendower on synths for their fourth album Choke, an eight song suite. This follows on the heels of 2015's Heresy, which was much more claustrophobic and oppressive than their debut. Rooted in influences such as the Chameleons, Wire and The Sound, this album pulls delicately from foundational elements of the Cocteau Twins and Spaceman 3. It places the listener deeply under water, gasping for breath and beyond hope with tracks like "On The Inside," featuring the vocals of legendary Mark Burgess of the Chameleons. Drawing from the first wave of post punk, the songs slip seamlessly into the cascading and ethereal elements of early shoegaze. Soft Kill has discovered a depth of invention and creativity with their latest, vast and engaging in scope, invoking an enduring and melancholic bliss. Filled with warm, lush guitars, it teems with melodic songs, generating urgency and vitality, elevating all that is potent in post punk. A culmination of years perfecting a unique sound, Choke places itself firmly in the canon.