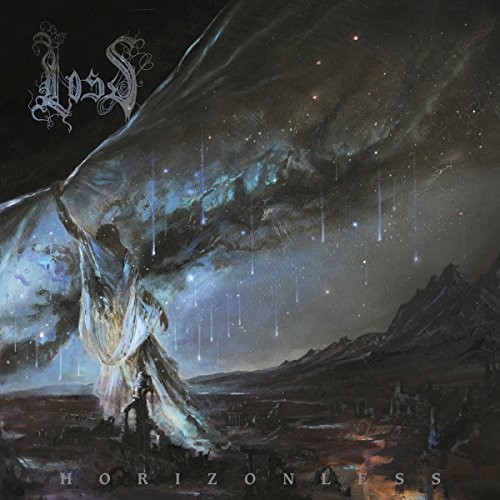 2017 release. Six doomed years in creation since their debut album Despond, Nashville, Tennessee melancholic death / funeral doom metal band Loss have completed their anticipated masterwork of pure doom death worship Horizonless, one of the most anticipated metal releases of the year. Reaching further into the void and traveling even more beyond the realms of hopelessness and despair, this album is a journey devoid of all hope and redemption, one where heartbreak, total death and never-ending despondency prevails. Produced and engineered by Billy Anderson (Pallbearer, Bell Witch, Neurosis, Red House Painters) in the band's hometown, giving the band their most monumental sound yet, Horizonless (which also features guest vocals from Wrest of Leviathan) forges the band's sound tapestry into more vast and sprawling territory: heavier, darker, more melancholic, and sorrowful. Where their previous album laid down the foundation that gave them the reputation as the saddest and bleakest band in the movement, this latest forges that funeral march onwards towards ruin, decay, and utter oblivion.
back to top