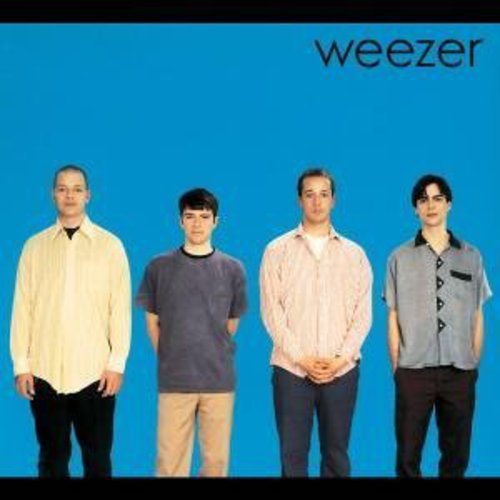 The self-titled Weezer is lean and mean at 10 short, punchy tunes, but nearly every one is powered by a larger-than-life chorus or a simple but effective lyric. "Undone-The Sweater Song" uses an unraveling sweater as a metaphor for a relationship on the rocks; "Buddy Holly" pays heartfelt tribute to the '50s rocker, and "In the Garage" paints a scene of suburban teens jamming while surrounded by posters of Kiss. Producer Ric Ocasek of Cars fame pushes the vocals and rhythm guitars, and this bare-bones approach may earn comparisons to fellow garage-pop band Green Day. But Weezer has more in common with the late, lamented Big Dipper, another group of slacker wiseguys that you just had to love.

''Weezer'' (also known as ''The Blue Album'') is the debut album by the American alternative rock band Weezer, released in May 1994 through DGC Records. The album was produced by former Cars frontman Ric Ocasek and recorded in Electric Lady Studios in New York City. ''Weezer'' spawned the popular singles "Undone - The Sweater Song", "Buddy Holly" and "Say it Ain't So", all of which were responsible for launching Weezer into mainstream success with the aid of music videos directed by Spike Jonze. As of December 2007, the album had sold 3,146,000 copies in the United States, where it peaked at number 16 on the ''Billboard'' 200. It is certified triple-platinum in the US and double-platinum in Canada. - Wikipedia