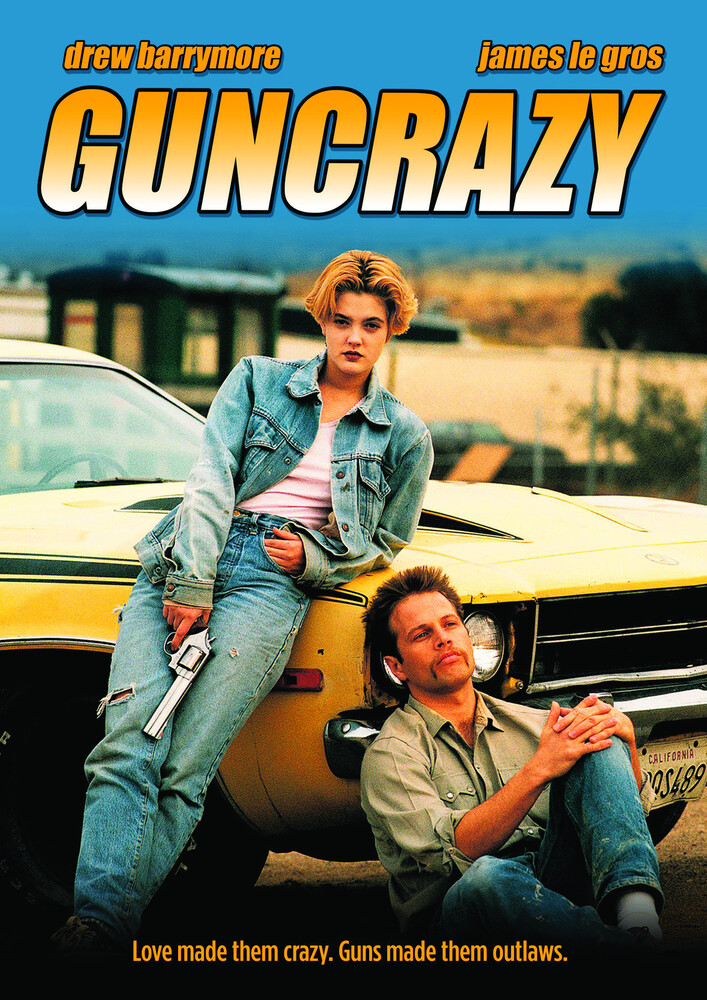 Guncrazy
Format: DVD
New: IN PRINT AND ORDER-ABLE - NOT IN STORE, call or email $16.96
Wish

Since Anita Minteer (Drew Barrymore, 50 First Dates) was nine, every man she ever met has wanted only one thing. But when she becomes pen-pals with imprisoned convict Howard Hickock (James LeGros, Drugstore Cowboy), she gains self-confidence and sees a possible escape from the torment of her everyday life.Howard's infatuation with guns drives Anita to them as well. But with this new found strength in her hands, she murders her sexually abusive guardian. Now with Howard out on parole and the police on their back, there can be no turning back. In the style of BONNIE & CLYDE, GUNCRAZY tells the story of two young lovers on the run from the law.GUNCRAZY marks the directorial debut of Tamra Davis (Crossroads, Billy Madison) with a Golden Glober nominated performance by Drew Barrymore and an all-star supporting cast that includes Jeremy Davies (Saving Private Ryan), Rodney Harvey (My Own Private Idaho), Michael Ironside (Top Gun), Ione Skye (Say Anything...) and Billy Drago (The Untouchables).