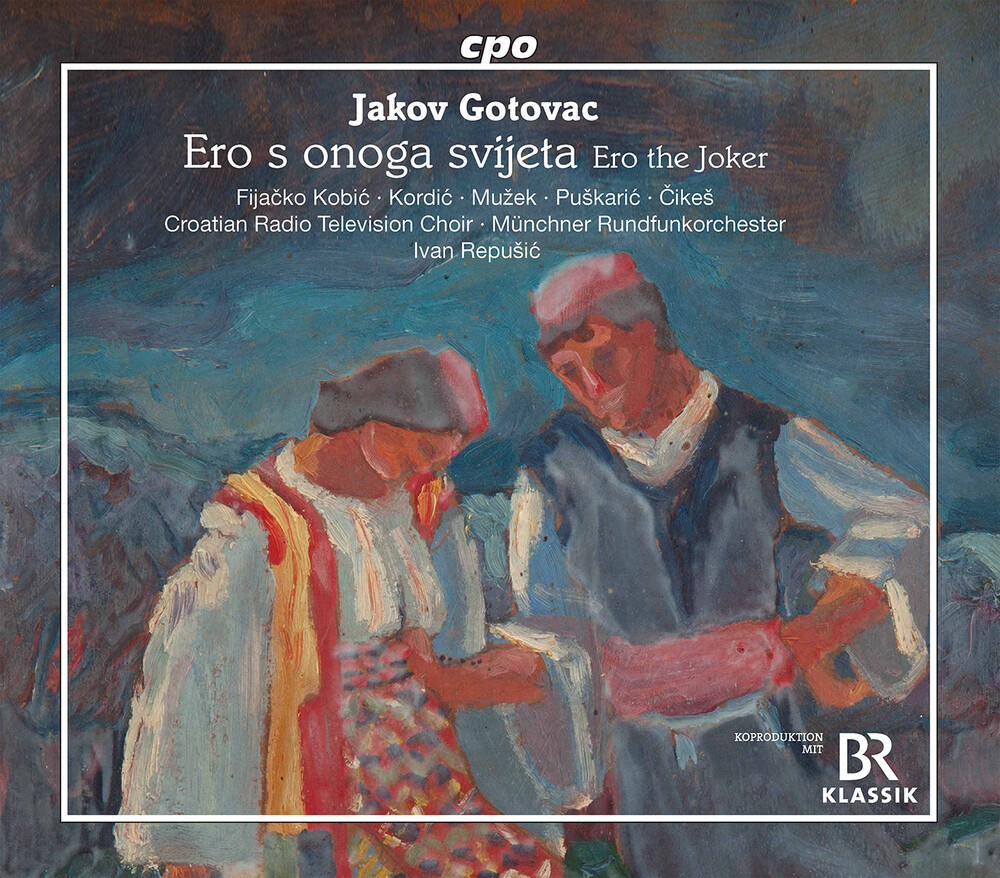 Ero the Joker is the absolute all-time favorite opera among Croatians. A couple of years ago it celebrated it's seven hundredth performance alone at the Zagreb National Theater. The Croatian Jakov Gotovac, one of the most trailblazing composers of the earlier Yugoslavia, premiered the opera in 1935. After it's immediate success it toured through what was then the Kingdom of Serbs, Croats, and Slovenes, and today it continues to be a favorite selection for performance programs in the countries of the former Yugoslavia. In Germany, however, this comic opera brimming with musical wit has to be assigned the status of a rarity. It's last performance prior to this one was in Munich in 1942 - in a German translation. But now back to the original: on Sunday, 19 May 2019, the Munich Radio Orchestra under it's principal conductor, the Croatian Ivan Repusic, presented a concert performance of Ero the Joker in Croatian. The lead solo roles are sung by native speakers of Croatian, and for the occasion the Croatian Radio Chorus, with which Repusic has launched a cooperative program, made the trip to Munich. Gotovac's music sparkles with Eastern European and Mediterranean folkloric influences. The composer is regarded as one of the founders of a Croatian national musical language that in the nineteenth century was fueled by the yearning for national identity. Here we hear music full of lyrical and witty moments and with magnificent arias and choral numbers. And it's hero is a joker who challenges fate.