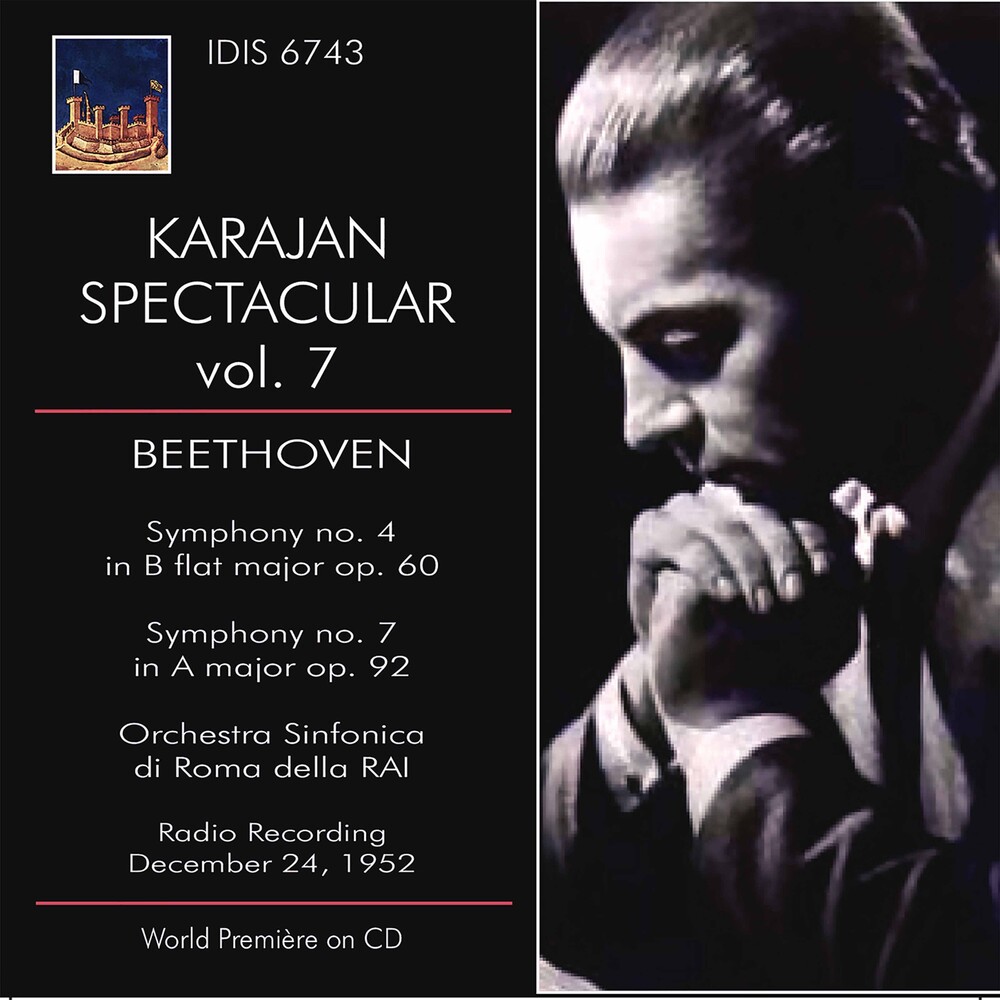 Karajan Spectacular 7
Format: CD
New: IN PRINT AND ORDER-ABLE - NOT IN STORE, call or email $17.00
Wish

During the Fifties of XX Century Herbert von Karajan performed several times in Italy where he often conducted RAI Orchestras presenting both classics of his repertoire as Beethoven Symphonies and less known XIX composers works as for instance Sutermeister Requiem. Some of these recordings were preserved in a precarious are completely lost but some of them thanks to passion collectors are saved and now after nearly seventy years are still available for audience; as for example these two amazing Beethoven Symphonies conducted by Karajan in Rome in 1952 Christmas' Eve and here presented for the first time on album after a long and accurate physical and digital remaster work which allowed the elimination of many interferences and a strong reduction of background noises. This album is an exceptional proof of Karajan incredible talent made shortly before Karajan first complete recordings Of Beethoven Symphonies.