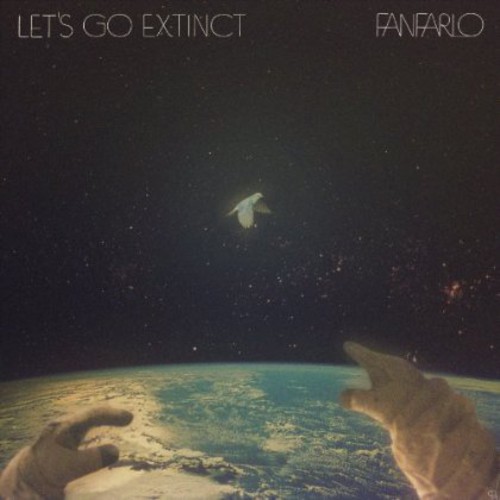 Let's Go Extinct
Artist: Fanfarlo
Format: CD
New: NOT IN STORE, BUT IN PRINT AND ORDER-ABLE - , call or email $10.98 Used: Used Items are fully guaranteed to be free from defects, and good as new.
Wish

Recorded by the band and David Wrench in a tucked-away recording studio in North Wales, ''Let's Go Extinct'' is, in many ways, the true successor to the band's much-feted debut, ''Reservoir.'' ''Let's Go Extinct'' could be seen as a concept album about human evolution and possible futures, if it weren't more entertaining and beautiful than that implies.

Yes, it does grapple with the big questions, but always with a glint in its eye, a sense that nothing could ever be weirder than the truth, and a stirring chorus just about to break. Having cast off the colder, more synthetic feel of their second record, ''Rooms Filled With Light,'' ''Let's Go Extinct'' is the sound of the band cutting loose from all expectation, and just letting whatever's going to come, come. In doing so, they may just have made the record of their lives. In its new found openness, the record takes in the 50s electronic experimentations of Raymond Scott, Shadow Morton rockabilly filtered through Suicide, West Coast sacred cows Brian Wilson and Fleetwood Mac, a little Krautrock here, a spaghetti western flourish there, a blast of ''Young Americans'' soul all the way over there. What these disparate musical inflections don't reveal, however, is that Fanfarlo's latest record is never less than gorgeous, grade-A pop music. The band take the pantheon of cult artists and use them to create something utterly modern and entirely their own. The songs on this record are expressed in such an irresistible palette of color and form that you could thrill to them without ever unpicking its various Gordian knots and discovering the hidden joys within.