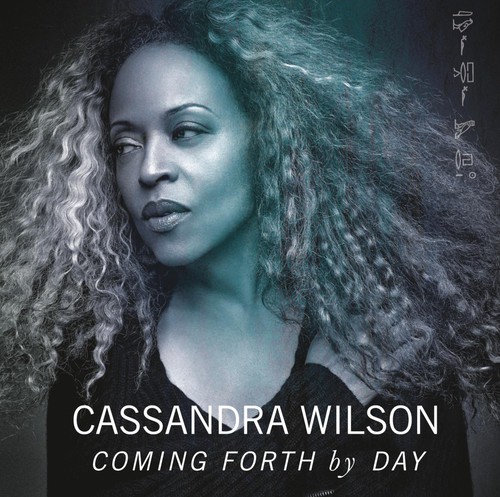 Coming Forth By Day
Artist: Cassandra Wilson
Format: CD
New: IN PRINT AND ORDER-ABLE - NOT IN STORE, call or email $7.99
Wish

An otherworldly musical homage to legendary jazz vocalist Billie Holiday (born Eleanora Fagan on April 7, 1915) on the 100th anniversary of the singer's birth, Coming Forth By Day is Cassandra Wilson's moody, soulful new album showcase for contemporary yet timeless interpretations of standards associated with Lady Day. Coming Forth By Day was produced by Nick Launay, known as Nick Cave's producer for the last decade among many other adventurous credits.

Cassandra Wilson has drawn inspiration from Billie Holiday for her entire life and chose the title as a way to honor the iconic singer: "Coming Forth By Day" is an English translation of the title of the ancient Egyptian "Book of the Dead." The book, formally known as the "The Egyptian Book Of The Dead," is in actuality a Kemetic collection of scriptures more accurately titled, The Book Of Coming Forth By Day, prescriptions intended to assist both the living and deceased in their journey through life and the afterlife.

The album features 11 re-interpretations of standards associated with Lady Day plus an original penned by Cassandra Wilson the dream-like new "Last Song (For Lester)," imagined as a heartbreaking final message from Billie to her musical love, Lester Young. (Upon getting the news that Young had passed away, Billie flew straight from overseas to his funeral but was denied the opportunity to sing by Young's family and was distraught.)

"A dream of mine is happening," said Cassandra Wilson, "I've been in love with Billie Holiday's voice since the moment I heard it, and she has inspired me throughout my career."