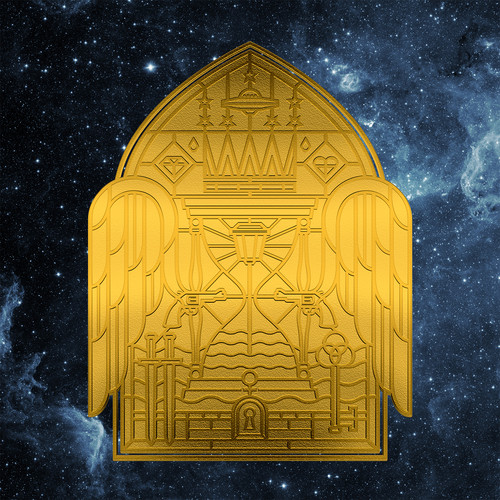 Sea Of Noise
Artist: St. Paul & The Broken Bones
Format: CD
New: IN PRINT AND ORDER-ABLE - NOT IN STORE, call or email $15.99
Wish

2016 release. Grit, elemental rhythm, tight-as-a-drumhead playing, and a profound depth of feeling: these are the promises of a great soul band. And St. Paul & The Broken Bones deliver on those promises. Half The City is the compelling full-length from the Birmingham, Alabama-based sextet, who have already created a maelstrom of interest with their roof-raising live shows and self-released four-song 2012 EP. Produced by Ben Tanner of Alabama Shakes, and recorded and mixed in the storied R&B mecca of Muscle Shoals, Alabama, the album harkens back to the region's classic soul roots while extending the form with electrifying potency. All six members share writing credit on 10 of the songs on Half The City, with Janeway contributing lyrics. Half The City - vital, direct, emotionally affecting - presents the same engaged, high-voltage, in-the-pocket sound that St. Paul & The Broken Bones produce at their live dates, where Janeway's extroverted performing style enraptures his audiences.