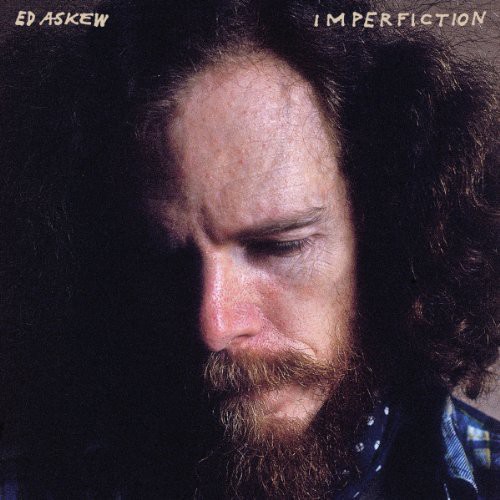 Vinyl LP pressing of this 1984 album from the underground Folk troubadour. Anyone who loves outsider Folk legends from Tom Rapp to Roy Harper or Gary Higgins to Peter Grudzien knows the name of the legendary bard Ed Askew. After recording between 1968 and 1970, he dropped off the map. Fortunately in the early '80s, Ed got his hands on a harpsichord and tiple and a simple two-track recorder and laid down some of his tunes he'd been carrying around for years. Released only on cassette in miniscule quantities in 1984, Imperfection contains the same emotionally raw yet wry observations, in a decidedly no-frills sonic setting. Broken glass on the sidewalk outside, nice boys he meets in bars, and the joyous act of songwriting itself are all fair game for subject matter, giving a unique and intimate self-portrait of a truly gifted songwriter. Fans of Daniel Johnson, early Jonathan Richman, Smog, Palace Brothers and other lo-fi troubadours would be wise to snatch up this limited pressing.