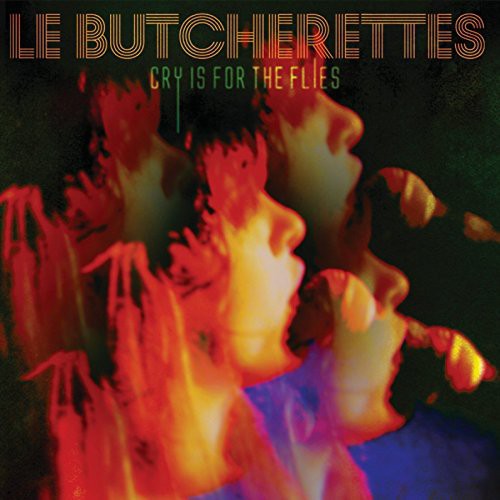 The garage-punk trio Le Butcherettes are like the brilliant offspring of surrealist Luis Bunuel and intrepid rock icon PJ Harvey. Led by 24-year-old vocalist/guitarist/pianist Teri Gender Bender (a recent transplant to L.A. from Guadalajara, Mexico) Le Butcherettes bring a brazen intensity and playful, hook-laden simplicity that hacks to pieces all forms of pretension and excess.

The band's songs and wildly cathartic live shows have often drawn comparisons to Karen-O, Patti Smith, Bikini Kill and many other female-fronted rock groups, but there's a theatricality to Le Butcherettes that brings a further reaching sense of mystery and imagery to the band.

Originally forming as a duo, Le Butcherettes began in 2007 as the brainchild of vocalist/guitarist/keyboardist Teri Gender Bender; a modern feminist who cites Sylvia Plath and Malcolm X as major influences. Born to a Mexican stage actress mother and a father who was a fervent lover of the arts, Teri was constantly surrounded by creative energy. Following the death of her father, Teri Gender Bender moved back to Guadalajara, Jalisco, Mexico to begin a new and eventful chapter in her life, and with that the first page of Le Butcherettes was written.

Follow up to their critically acclaimed debut Sin Sin Sin (2011)

Touring this summer with Antimasque (The Mars Volta, At The Drive In) and in the Fall with The Melvins

Le Butcherettes - Shame, You're All I've Got ft. Shirley Manson