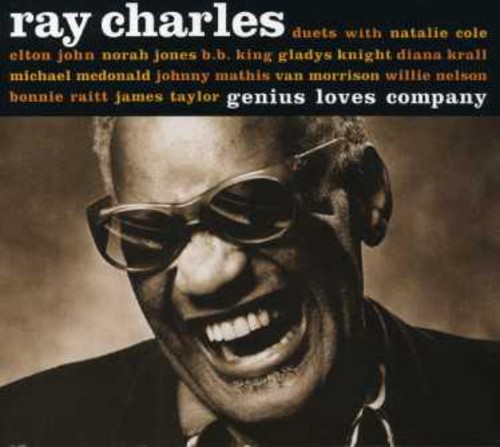 Genius Loves Company
Artist: Ray Charles
Format: CD
New: IN STOCK AT OUR STORE Used: Used Items are fully guaranteed to be free from defects, and good as new.
Wish

GENIUS LOVES COMPANY stands as a remarkable hallmark in a remarkable career. In his brilliant debut for Concord Records, Ray Sings a dozen duets with a dazzling array of guest artists from virtually every genre, who have won a combined 79 Grammy Awards.

The album was produced as a collaboration of Concord Records and Hear Music, the record label owned by the coffee chain Starbucks. It served as the first original non-compilation release by Hear Music, as well as one of Ray Charles' most commercially successful albums. On February 2, 2005, ''Genius Loves Company'' was certified triple-platinum in sales by the Recording Industry Association of America following sales of over three million copies in the United States. The album featured an iconic image by photographer Norman Seeff on the cover. - Wikipedia