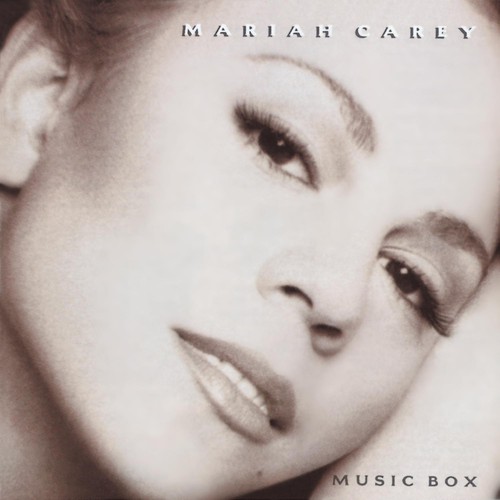 Music Box
Artist: Mariah Carey
Format: CD
New: IN STOCK AT OUR STORE Used: Used Items are fully guaranteed to be free from defects, and good as new.
Wish

''Music Box'' is the third studio album by American R&B singer Mariah Carey. It was released by Columbia Records on August 31, 1993, in North America. The album comprises of ballads primarily co-written by Carey and Walter Afanasieff, with whom she had previously worked on ''Emotions'' (1991), and a few urban dance tracks. During the course of the album's development, Carey wanted to recapture and broaden her audience, choosing a more pop-oriented sound. During this time frame, they experimented with different organs and other musical instruments, leading the album's sound away from her more contemporary previous efforts. Two unused tracks from the album sessions were released as B-sides: "Do You Think of Me" and "Everything Fades Away."

In order to successfully take the album in a new direction, Carey and Afanasieff sought out new and innovative producers, as well as some from Carey's previous releases. Kenneth "Babyface" Edmonds first began working with Carey on ''Music Box'', where he helped produce some of the album's softer and more melodious tracks, as well as being part of the songwriting process. Additional writers and producers for the album included Robert Clivillés and David Cole (a pair also known as C+C Music Factory) and Daryl Simmons. While the album featured a range of different talented writers and producers, the bulk of the songwriting was done by Carey and her writing partner, Walter Afanasieff. In future projects, they would continue writing material for Carey's albums, until her 1999 release ''Rainbow'', where he is absent from the writing credits.

Four singles were released from the album, with "Dreamlover", "Hero" and "Without You" becoming worldwide chart-topping singles, and the last becoming Carey's highest charting international single of her career. ''Without You'' became Carey's first number-one single in most European markets and reached the top three in the United States. To promote ''Music Box'', Carey embarked on the short but successful Music Box Tour which traveled to select cities in North America. Carey was nominated for Best Female Pop Vocal Performance for "Dreamlover" at the 1994 Grammy Awards and received the same nomination for "Hero" at the 1995 Grammy Awards, although she didn't win either time.

After its release, ''Music Box'' received generally positive reviews from music critics. However, the album endured criticism regarding Carey's more mellow and lazy tone in comparison to her older work. Despite some unfavorable reviews, the album became a commercial success, topping the ''Billboard'' 200 and becoming Carey's first number one album in Australia, France, Germany, the Netherlands, Switzerland and the United Kingdom. The Recording Industry Association of America (RIAA) certified it diamond, for shipments of ten million copies across the United States. ''Music Box'' remains Carey's highest seller and one of the best-selling albums of all time, with worldwide sales of over 32 million copies. - Wikipedia