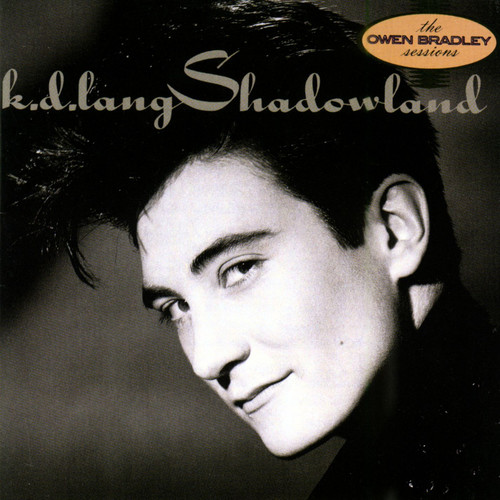 Vinyl LP pressing. Shadowland is the debut solo album by k.d. lang, released in 1988. The album includes her collaboration with Kitty Wells, Loretta Lynn and Brenda Lee on "Honky Tonk Angels' Medley" and was produced by Owen Bradley, who produced Patsy Cline's best-known work. k.d. lang, is a Canadian pop and country singer/songwriter and occasional actress. She has won both Juno Awards and Grammy Awards for her musical performances. Lang is also known for being an animal rights, gay rights, and Tibetan human rights activist. She is a tantric practitioner of the old school of Tibetan Buddhism. She possesses the vocal range of a mezzo-soprano.