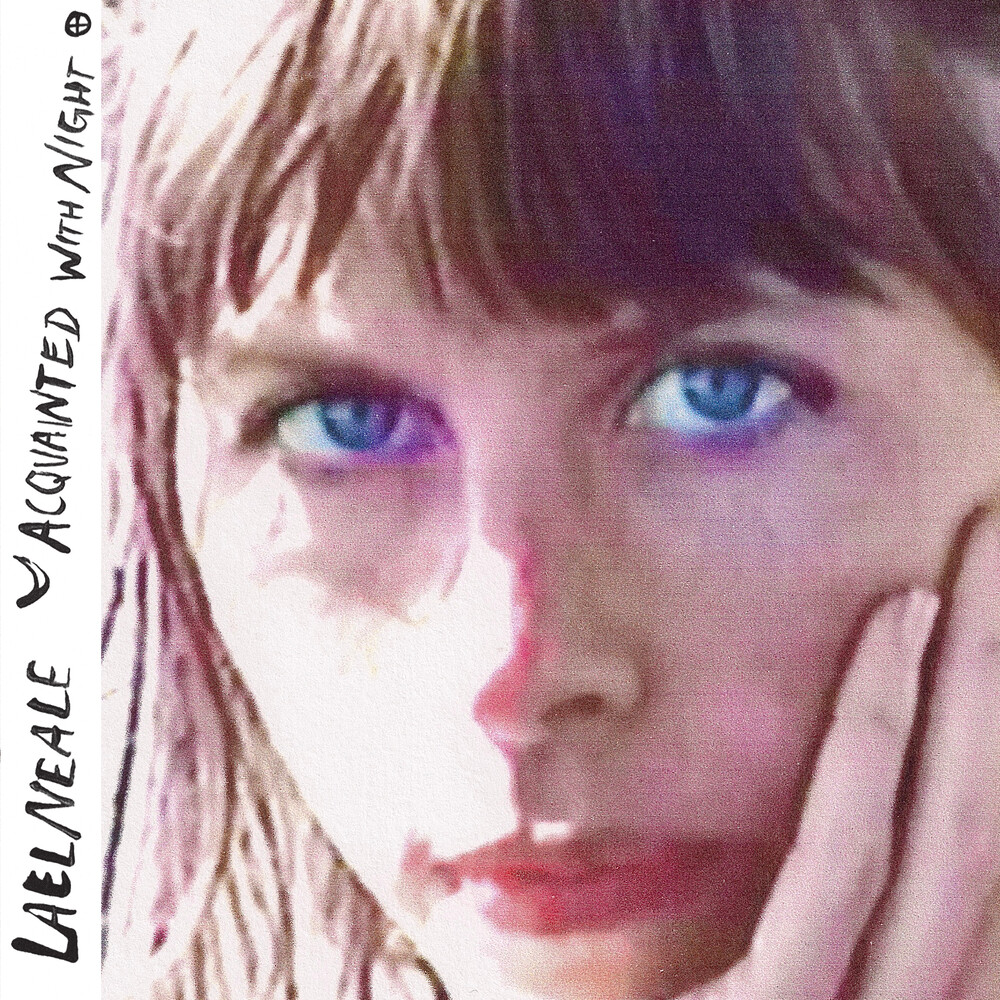 Acquainted With Night
Artist: Lael Neale
Format: Vinyl
New: NOT IN STORE, BUT IN PRINT AND ORDER-ABLE - , call or email $21.99
Wish

Vinyl LP pressing. It is the simple thing that is so hard to do. This is the paradox that musician Lael Neale has lived within throughout her development as an artist. It is the reason she became enthralled with poetry. Poems are a distillation. Lael says, "this challenge to winnow away what is unessential is the most maddening and, ultimately, rewarding part of writing a song." Lael's new album Acquainted With Night is a testament to this poetic devotion. Stripped of any extraneous word or sound, the songs are lit by Lael's crystalline voice which lays on a lush bed of Omnichord. The collection touches on themes that have been thread into her work for years: isolation, mortality, yearning, and reaching ever toward the transcendent experience. Lael grew up on a farm in rural Virginia, but for nearly 10 years called Los Angeles home. Those years were spent developing her songwriting and performing in venues across the city, but the right way to record the songs proved more elusive. She says, "Every time I reached the end of recording, I felt the songs had been stripped of their vitality in the process of layering drums, bass, guitar, violin, and organ over them. They felt weighed down." In a moment of illumination the solution presented itself: do the simple thing. In early 2019, in the midst of major transition, she acquired a new instrument, the omnichord, and began recording a deluge of songs. Guy Blakeslee, who had been an advocate for years, set up a cassette recorder in her bedroom and provided empathic guidance, subtle yet affecting accompaniment and engineering prowess. Limited to only 4-tracks and first takes, Lael had to surrender some of her perfectionism to deliver the songs in their essence. The first song she recorded was "For No One For Now," which calls to mind the agitated beat of driving fast on the freeway against the backdrop of the San Fernando Valley's bent palms. The song contrasts romantic idealizations with the banality of folding sheets and toasting bread. It highlights her oft-thwarted attempts to enjoy the day to day while her mind wanders off toward the dream, the ideal. While Lael returned to her family farm in April 2020, Los Angeles is a player on this album, and "Every Star Shivers in the Dark" is an ode to the sprawling city, the outskirts of Eden. One can envision her walking from Dodgers Stadium to downtown, observing strangers and her own strangeness but determined to find communion with others. "Blue Vein" is her personal anthem, a Paul Revere piece that gallops through the town as a strident declamation. It is an amalgam of thoughts, concerns, and lessons as she nearly speaks the words, unmasked by flourishes, ensuring the meaning cuts through. Normally a morning person, Lael recorded most of these songs in the darkening of the early evening, and so became Acquainted With Night.
This website uses cookies to personalize content and analyse traffic in order to offer you a better experience.
I accept Learn More
back to top