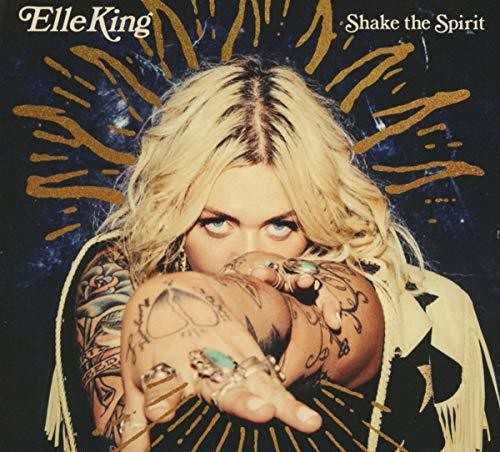 2018 release, the sophomore album from the singer, songwriter and actress. Shake The Spirit features contributions from acclaimed producer Greg Kurstin and Death Cab For Cutie's Ben Gibbard. According to a statement from King, making Shake The Spirit was like "shaking myself awake." "Making the album not only changed my life, it saved my life" Elle explains. Elle King's musical style encompasses country, soul, rock and blues. In 2012, King released her debut EP, The Elle King EP, on RCA. She released her debut album, Love Stuff on February 17, 2015. The album earned her two Grammy Award nominations. King has toured with acts such as Of Monsters and Men, Train, James Bay (singer), The Dixie Chicks, and Michael Kiwanuka. She is the daughter of actor and comedian Rob Schneider and former model London King.