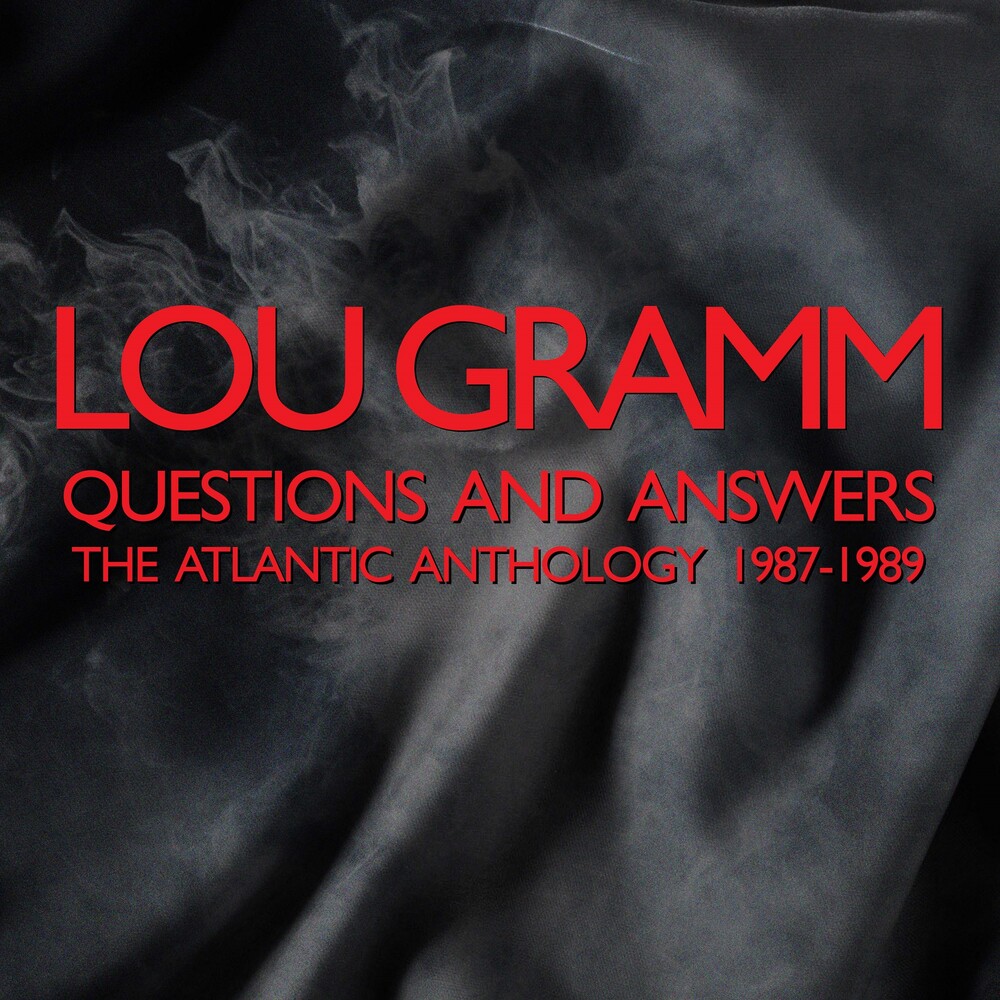 Lou Gramm had been recording with Rochester, New York based band, Black Sheep, since the early 1970s. Releasing two LPs for Capitol, Lou Gramm met his future bandmate and songwriting partner Mick Jones in 1975 when Black Sheep opened for Spooky Tooth in Rochester. Mick Jones was looking for a singer for his new band in 1976, and Black Sheep having split at the end of 1975, Lou was free to audition for Mick's new group, Foreigner. Releasing their self-titled album on Atlantic Records in 1977, and featuring solid gold rock classics 'Cold As Ice' and 'Feels Like The First Time', Foreigner were an instant worldwide smash. Going from strength to strength, the band hit a commercial peak in 1984 with the "Agent Provocateur" album and the chart topping power ballad, 'I Want To Know What Love Is'.Perhaps choosing to return to a simpler rock format, Lou Gramm released his debut solo album, "Ready Or Not", in 1987. Produced by Pat Moran with Lou Gramm, it featured the hits 'Midnight Blue' and 'Ready Or Not' among a collection of songs that wouldn't have sounded out of place on a Foreigner record. Having come from a very musical family, "Ready Or Not" is very much a family affair, featuring contributions from Lou's brother Ben Jr. On drums and his father Ben Sr. On trumpet. The core of the band was Lou's former Black Sheep bassist Ben Turgon, who made a significant songwriting contribution to the album, plus guitar hero Nils Logfren. Lou also found time in 1987 to record a track for the soundtrack of teen horror flick, "The Lost Boys".Returning to Foreigner for 1987's "Inside Information", Lou released his second solo album "Long Hard Look" in 1989. Capitalising on the success of his debut, it was produced by Peter Wolf (famed for his production and arrangement work for Frank Zappa, Heart & Kenny Loggins), "Long Hard Look" built on the foundations set by Lou's debut. 'Just Between You And Me' was another huge smash, making No.6 in the U.S. Hot 100, followed by the single 'True Blue Love'. The album concludes with a cover of the Small Faces' 'Tin Soldier'."Although only recording two solo albums for Atlantic, a third disc gathers together some of his Atlantic-era rarities, including two versions of 'Lost In The Shadows (The Lost Boys)' from the aforementioned soundtrack. 'Ready Or Not' is represented by a "Rock Remix", an "Extended Dance Remix" and an "Instrumental Remix". Hit single 'Midnight Blue' was issued in various formats, including a very collectible transparent blue 12 inch single, which featured an "Extended Remix" of the track. A single edit of 'True Blue Love' has been selected from "Long Hard Look". To promote Lou's 1987 debut, Atlantic Records released the very rare and highly collectible LP, "Questions And Answers", a promotional album distributed to radio stations featuring Lou interviewed by Dan Neer as he discusses the genesis of the "Ready Or Not" record, and his career to date, in 1987.