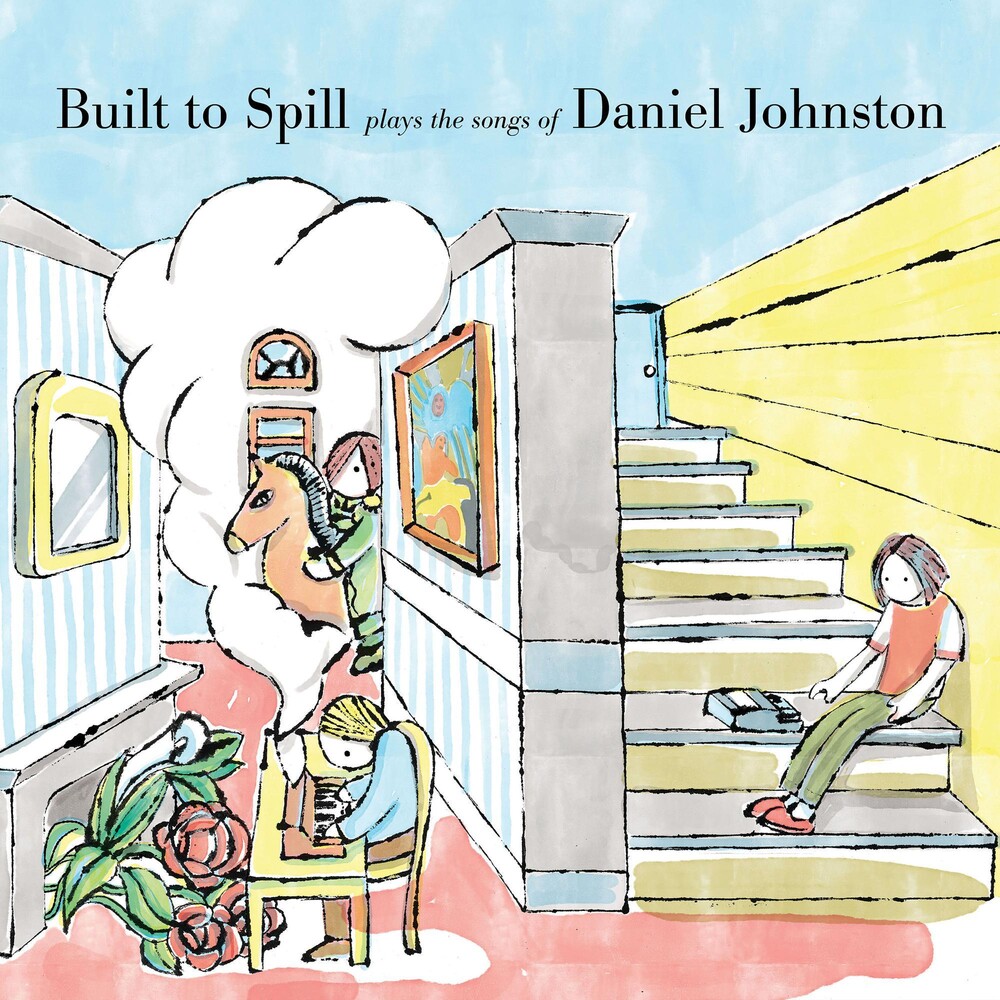 Built To Spill served as the late Daniel Johnston's backing band in Portland and Vancouver during his 2017 final tour, where he was backed by different artists he influenced in each city. Now Built To Spill are releasing an album based on the rehearsals for those shows. "Built To Spill Plays The Songs Of Daniel Johnston" will be released on 5/1 via Ernest Jenning Record Co and was recorded with the trio of Doug Martsch, Jason Albertini and Steve Gere.
The first pressing is on yellow vinyl and will include a 32 page songbook.