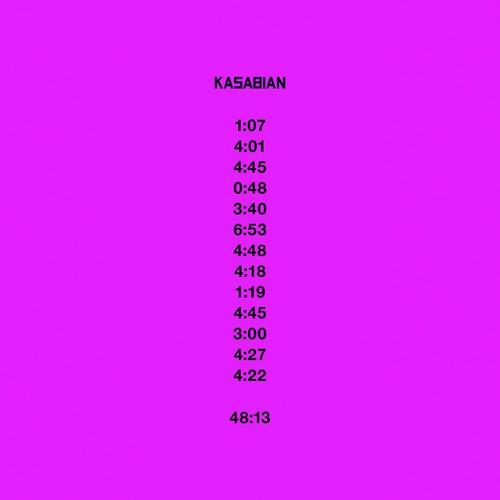 In the UK, Europe and multiple other countries 48:13 is already an unstoppable juggernaut, a critically acclaimed monster hit, providing the lauded English 5-piece with their fourth consecutive #1 album.

The distinct sound and integrity of Kasabian's fifth studio album defines the very essence of the band, their trademark sound distilled and re- packaged into one incredibly exciting, unique statement of intent. 48:13 is driven by the continuous evolution and musical experimentation of the band through their previous 4 albums.

The album s first U.S. radio single, Eez-eh , shows just one end of the spectrum of possibilities showcased by guitarist Sergio Pizzorno's songwriting and production. A relentless all-night anthem which has filled mosh-pits across Europe since the start of the summer. The video for Eez-eh was directed by the acclaimed artist and designer Aitor Throup, who has taken the role of Creative Director of the album.