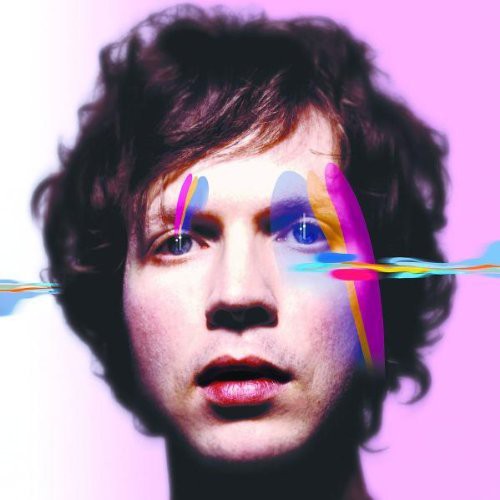 Sea Change
Artist: Beck
Format: CD
New: IN STOCK AT OUR STORE Used: Used Items are fully guaranteed to be free from defects, and good as new.
Wish

''Sea Change'' is the eighth studio album by American alternative rock artist Beck and was released in September 2002. Inspired by the dissolution of a relationship, ''Sea Change'' received glowing reviews upon its release .

You can't get too comfortable with Beck. One minute he has you throwingdown to some choice modern funk grooves, the next minute you're immersedin an unholy marriage of hip-hop rhythms and slide acoustic guitar. Then there'sthis tendency to get quiet.

That's where Beck Hansen heads on his latest effort, the aptly titled SeaChange. Just as 1998's gently ethereal Mutations swerved abruptlyfrom the groovecentric course set by Odelay two years prior, Sea Changeis his reaction to 1999's more upbeat Midnite Vultures. As on Mutations,Beck recruits Radiohead cohort Nigel Godrich to help craft the moods, texturesand atmospheres that float through Sea Change's dozen songs. Andas on Mutations, Beck has come up with an unlikely winner that pays tributeto the depth and flex of his artistry.

Sea Change is hardly another Mutations, however. They'recertainly of a piece-the latter's "Cold Brains" and "Nobody'sFault But My Own" are almost prototypes for Sea Change-butthe new set has a more rootsy flavor courtesy of acoustic guitars and tastefullydeployed pedal steel, as well as the sympathetic playing of guitarist SmokeyHormel and multi-instrumentalist Jon Brion. Swelling string arrangements providea lush quality on several of the tracks, while Beck shifts his voice from gentlyplaintive to earnestly husky, the latter sometimes sounding like Pearl Jam'sEddie Vedder ("Nothing I Haven't Seen") and the late Nirvanaleader Kurt Cobain ("Little One").

Sea Change also charts a decidedly melancholy course, presenting a songcycle dealing with the emotional wake of lost loves. "It's a treacherousroad with an isolated view," Beck announces on the album-opener, "TheGolden Age," and melancholy pervades throughout, with an almost beautifulmoroseness enveloping songs such as "Paper Tiger" ("There'sone road back to civilization/ But there's no road back to you") "LonesomeTears," "Lost Cause," "Already Dead" and "GuessI'm Doing Fine" ("It's only lies that I'm livin'/It's only tears that I'm cryin'/ It's only you that I'mlosin'...''). But slivers of optimism do break through on"Sunday Sun," with its trippy, chiming, Eastern flavors, and on "LittleOne," a lullaby that surges into almost avant noise with dissonant stabsof piano cutting in and out of the mix.

With their uniformly strong melodies, Sea Change's songs are definedmostly by those kinds of details-the echoing harmony vocals on "TheGolden Age," for instance, or the mournful harmonica that surfaces towardsthe end of "Guess I'm Doing Fine." A firm, bottom-string plucklends a foreboding hew to "Side of the Road," while brighter guitartones are effective counterpoints to the lyrical bleakness of "AlreadyDead" and "Lost Cause." Mellow but involving, Sea Changeis a potent change of pace while your dance shoes are getting buffed up forBeck's next foray in that direction.
This website uses cookies to personalize content and analyse traffic in order to offer you a better experience.
I accept Learn More
back to top