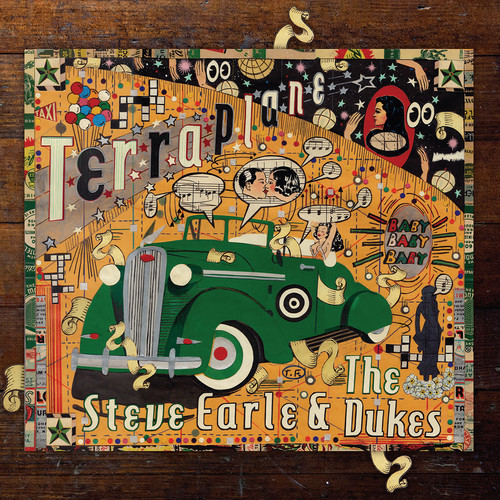 Terraplane takes its title from the 1930s Hudson Motor Car Company of Detroit model, which also inspired the Robert Johnson song “Terraplane Blues.” It is Earle’s 16th studio album since the release of his highly influential 1986 debut Guitar Town. As its title suggests, the album is very much a blues record, a third of which was written while Earle toured Europe alone for five weeks with just a guitar, a mandolin and a backpack. Earle, who was raised outside of San Antonio before migrating to Houston, offers about Texas blues, “There was Fort Worth where the model was Freddie King, and there was the Houston scene which was dominated by Lightnin’ Hopkins. Two very different styles.” He saw both of these giants, and was also exposed to Johnny Winter, Jimmie and Stevie Ray Vaughan, and Billy Gibbons, all of which make their influence heard here within Earle’s masterful storytelling.