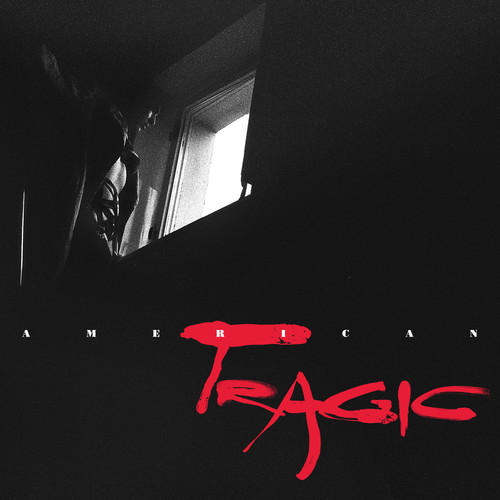 "[Wax Idols] is aloof and commanding, with an expertly honed sense of how far to take the tension it builds before offering relief. Listeners generally don’t enjoy being messed with in such an aggressive fashion, and it says a lot about where Fortune’s songwriting talents are at this point that she can pull off such a feat." — Pitchfork You could say that a lot has happened since the release of Wax Idols’ critically well-received 2013 album, Discipline + Desire, and if you’re steeped in the shorthand of music criticism go-to narratives, it would be dangerously easy to get reductive about what happened next: The band’s singer-songwriter, Hether Fortune, supported the album as best she could, spent some time in 2014 as a touring player in White Lung, went through a heartbreaking divorce, and then sat down to make American Tragic – the band’s long-awaited third album and first for Collect Records.

But that’s not exactly how it went. “Divorce is a part of this record, yes, but this is not an entirely sad album,” Fortune explains. “The whole spectrum of grief is represented here — shock, pain, anger, loneliness, and then finding a way to work through all of that and not only survive, but thrive. That’s what I was going through. I was trying to save myself.” Indeed, this is not only a deeply personal record, but a chiefly independent one: As a songwriter and true multi-instrumentalist, Fortune wrote and recorded everything but the drums on American Tragic — a feat only bolstered by the album’s compelling performances and meticulous execution, but a little known fact nonetheless. Co-produced by Fortune and Monte Vallier (Weekend, Mark Eitzel, The Soft Moon, Vaniish), the only other player on this record is drummer Rachel Travers. But it’s also a meditation on an idea that Fortune has been playing with over the entire arc of Wax Idols’ discography, and that is the notion that personhood is neither fixed nor consistent: We can be independent and attached, in need of discipline and desire, or even fully autonomous with a little bit of help. As Fortune points out here, even America, for all its symbolism and mythic value, also rests in tragedy.