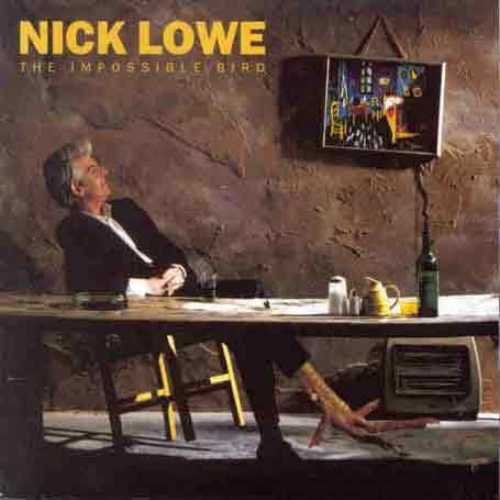 Lowe stripped his sound, his songs and his arrangements down to their bare essentials on this 1994 release. Steeped in country and R&B and wearing it's emotions on it's sleeve, this album was received with raves and still stands as one of the highlights of his career: Trail of Tears; Lover Don't Go; I Live on a Battlefield; 14 Days; I'll Be There, and more!

''The Impossible Bird'' is an album by British singer-songwriter Nick Lowe. Produced by Lowe and Neil Brockbank, it was released in 1994 by Upstart Records. - Wikipedia