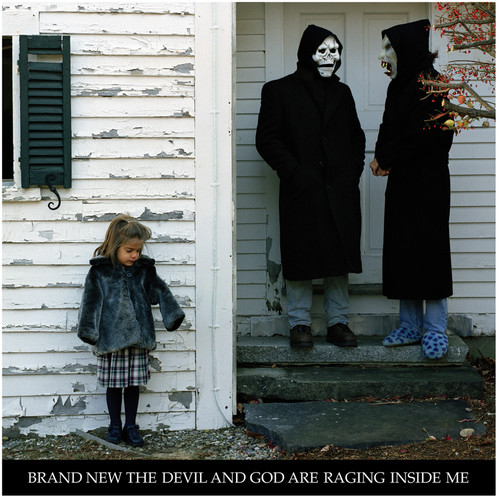 The Devil and God Are Raging Inside Me
Artist: Brand New
Format: Vinyl
New: IN STOCK AT OUR STORE $36.99
Wish

The Devil and God Are Raging Inside Me is the third studio album by American rock band Brand New. It was recorded from 2005 to 2006 in studios in Long Island and Massachusetts with producer Mike Sapone, and released on November 21, 2006 through Interscope Records, making it their major label debut. The album arose following the online leaking of several unfinished demos that were meant to be early blueprints of the upcoming record. Two singles from the album were released - "Sowing Season" on November 21, 2006, and "Jesus Christ" on April 30, 2007. The album peaked at No. 31 on the Billboard 200, becoming the band's highest-charting record at the time of it's release.
back to top