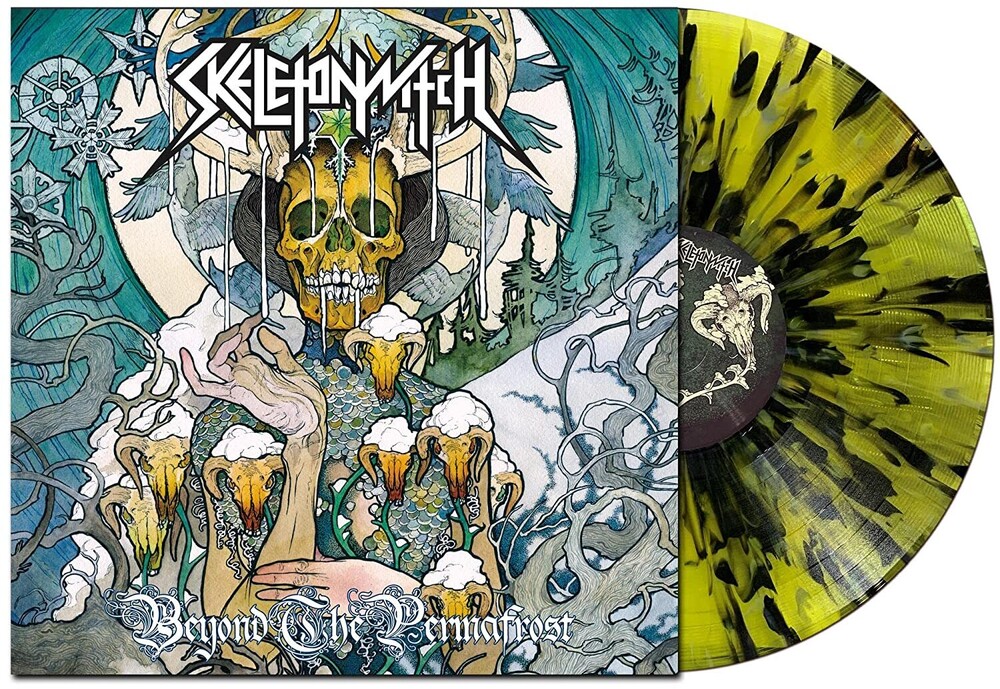 Beyond The Permafrost is the second studio effort and debut release for Prosthetic Records from the acclaimed Ohio metal quintet Skeletonwitch. The Witch's mighty sonic fortress is an amalgamation of classic Bay Area thrash, Scandinavian death/black metal and NWOBHM. The band brought together the old and sacred elements of true heavy metal here, melted them down, and forged them into a brand new monolith of riffage. The Cory Smoot (Municipal Waste, GWAR) produced beast received numerous accolades in the U.S. and overseas upon it's original 2007 release and landed on many year-end 'Best Of' lists. Aggressive while also melodic, tracks like opener "Upon Wings of Black," "Fire from the Sky" and the title cut are pumping with sinister themes, shredding guitars and blood curdling screams.
back to top