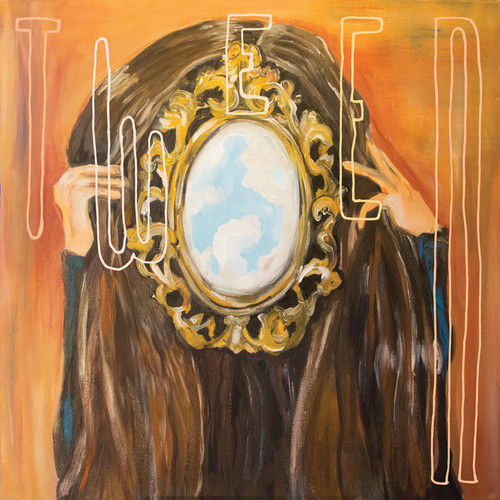 The word “tween” implies a certain, very specific kind of awkwardness, and those implications are rarely positive. But think about it like this: Something “tween” is in the process of becoming something else, and there’s a very specific kind of beauty in that becoming. There’s something rewarding in recognizing and celebrating it—in meeting it halfway. Now, before I start spouting clichés about the journey being more important than the destination—which isn’t true when it comes to all music except jazz, and let’s leave jazz out of this—let me introduce Tween, the new not-album by Wye Oak. If we’re putting it simply,Tween is a collection of eight songs born, raised, and almost abandoned for various reasons during the years between 2011’s breakthrough Civilian and 2014’s reinvention-of-sorts, Shriek. Jenn Wasner and Andy Stack—the band’s two halves—described these songs as “not emblematic of a step forward, but a step sideways in time.” In other words, they just didn’t make sense for album number five—which will happen at some point in the future. But just because they didn’t belong there doesn’t mean they don’t belong anywhere. To wedge them onto Shriek would’ve been dishonest; to orphan them would’ve been somewhere on the line between criminal and just plain silly. Now that your expectations are lowered, let’s build them back up, because Tween is full of gorgeous Wye Oak songs whose only crime was timing and context, made by two people at the height of their game.

At first these songs sounded too disparate to me to be called an album, but the more Tween sank in, the more it made sense: One minute Jenn and Andy are embracing their floatiest Cocteau Twins instinct (“If You Should See”), the next they’re back in Civilian territory a bit (“No Dreaming”), and later they’re slinky and electronic and gorgeously ‘80s (“On Luxury”). The common thread: These are no castaways or cutouts. In fact, pound for pound, Tween might actually be more directly accessible than Shriek. It should join the pantheon of amazing not-albums of history whose names try to downplay how good they actually are, like R.E.M.’s Dead Letter Office, The Who’s Odds and Sods, maybe even Dinosaur Jr.’s Whatever’s Cool With Me. Who knows what an album is at this point, anyway? Here’s what Jenn and Andy had to say: “We rejoice in being free to make what we like and release it in a way that feels true, and you are free to enjoy it or dismiss it as it suits you. We hope, of course, for the former. But—all gimmicks aside—we created this thing with love and are so happy to share it with you, whoever you are.” They’re talking to you, and you should listen. —Josh Modell