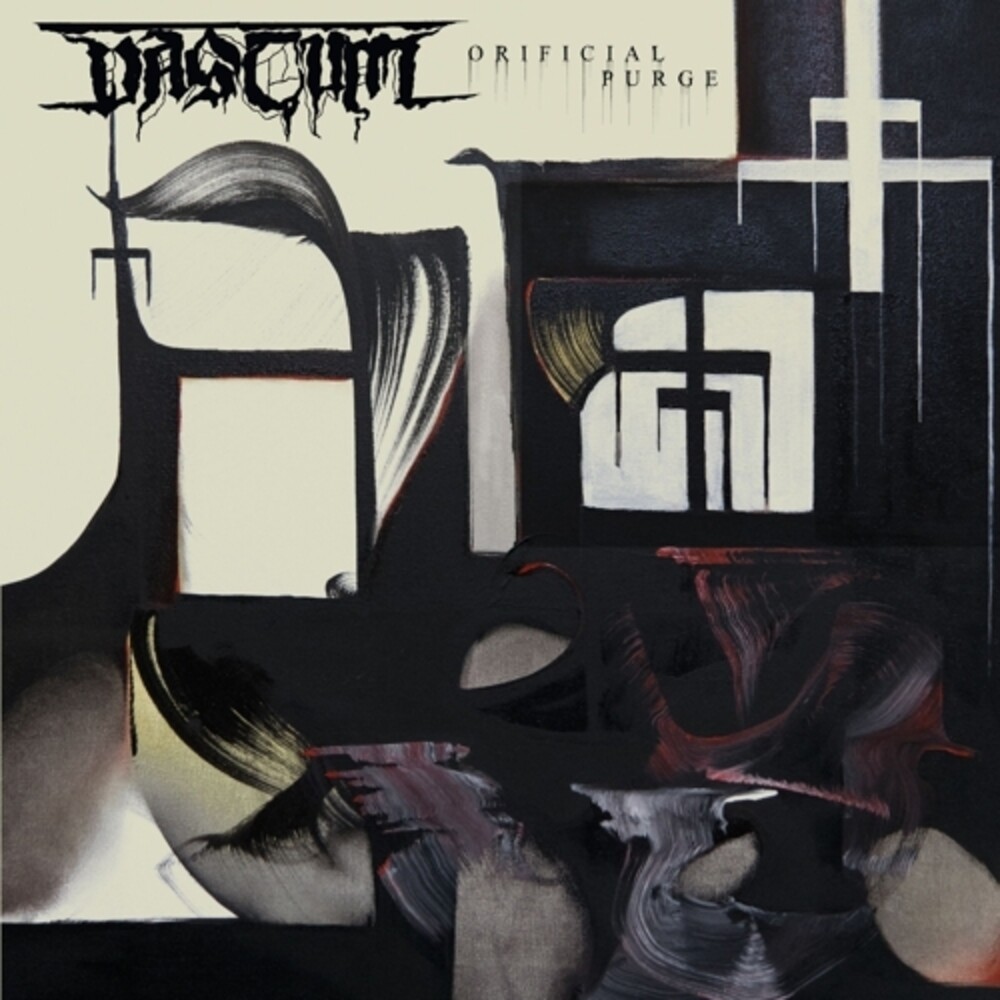 After four years of near silence, Vastum return with Orificial Purge, their much-awaited follow up to the acclaimed Hole Below. Their fourth album, Orificial Purge offers a distinctive blend of sinister atmosphere, punishing brutality, and an unparalleled lyrical and visual imagery that traces connections between perversion, mortification, and an abyssal mysticism of sin.Elements from previous albums are preserved here, but they are both evolved and devolved at once. The mid-paced dirge and cave-dwelling riffs are littered throughout, but are intertwined with slicing melodic dissonance and celestial virtuosity, all against the background of a bulldozing rhythm section. The dual vocal / lyrical exorcisms of Daniel Butler and Leila Abdul-Rauf combine to deliver unsettling, dichotomous meditations on "abjection as life, life as tragedy, and tragedy as an eviscerating, eroticized rapture through which an evil and useless humanity comes into being."With four standout albums over the course of the last eight years, the effect of Vastum's influence has by now seeped out onto the wider underground death metal scene, leaving an indelible mark due to their singular amalgam of aural primitivism and aesthetic originality. Their most markedly refined and tortured oblation to date, Orificial Purge represents the dominant return of Vastum, a death metal band founded on the lived experience of mutilated minds and bodies.