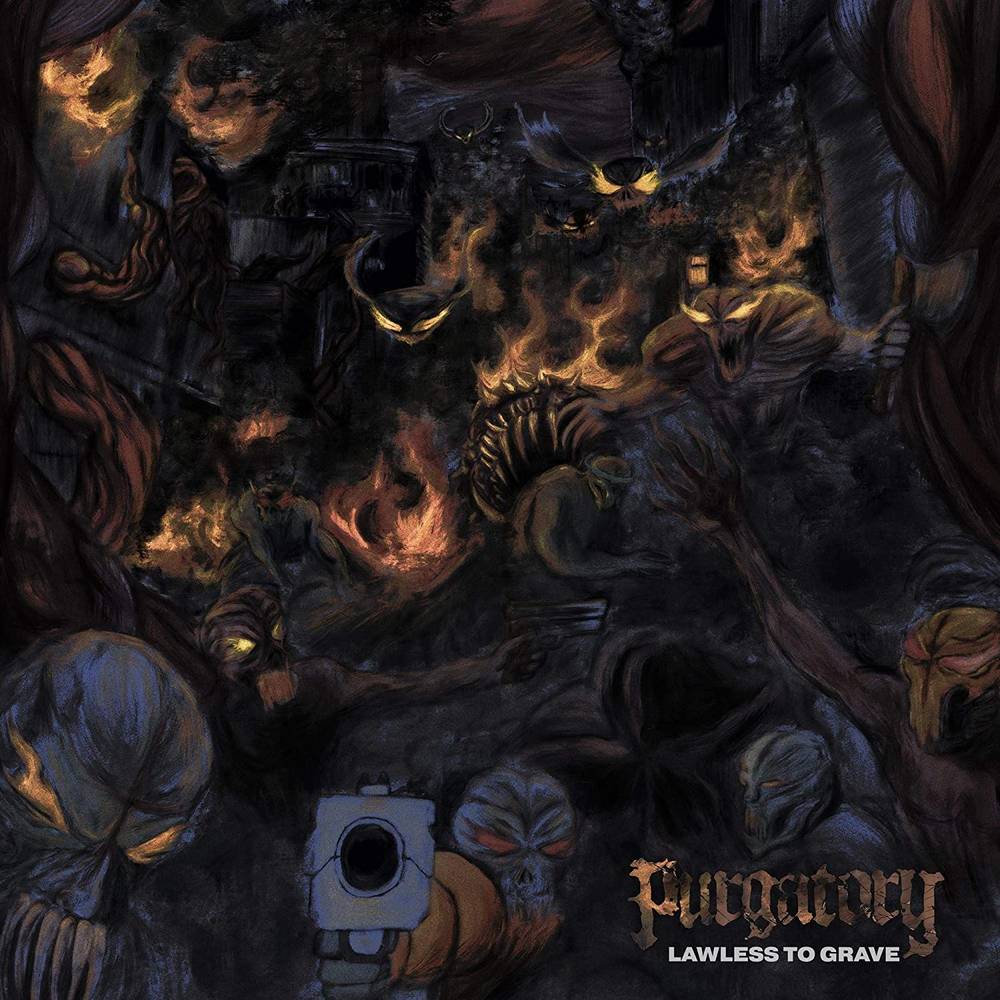 Vinyl LP pressing. Formed in the cold and desolate midwest in 2011, Purgatory, slings unflinching metallic hardcore with an emphasis on the metal sown into their sound, or as they've been dubbed, "Midwest Street Metal". Pulling from influences foundational to their gritty world of hardcore such as Biohazard, Cold As Life, Stigmata, and Merauder, the band is just as influenced by their love of metal such as Dying Fetus, Cannibal Corpse, and Deicide. Regardless of what end of the heavy spectrum they fall, the band's overflowing supply of raw and untethered anger comes through in full-force in Purgatory's latest effort. Purgatory returns in 2021 with their sophomore full-length and most confrontational release yet titled Lawless To Grave. Across the 11 tracks, Purgatory, flex their best songwriting to date and most interesting moments of heaviness and honesty. Recorded in only four days at Landmine Studios with Len Carmichael, Purgatory took the collective memories of their members, and the universal struggles the population faces into account while writing Lawless To Grave, offering the listener an unfiltered look into the darkness and futility of life in middle-American. Purgatory takes a deep dive into the constant war of everyday life, the compounding stressors that bring people to a knife's edge, and capture the anxiety and grit of simply getting by in their crushing swing at the world, Lawless To Grave.